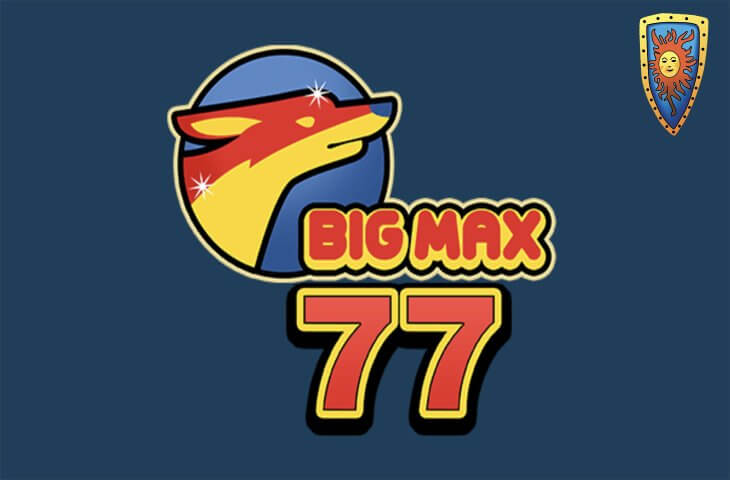 To kick of the new year that is 2023, the casino software provider Swintt are serving up some exciting news for players who enjoy fruity spins and fiery wins with the launch of Big Max 77 – a brand-new, highly-volatile addition to its ever-growing collection of Premium slot releases.

Like other titles in the Swintt Premium range, Big Max 77 features a classic symbol set and a user-friendly interface that prioritises fast-paced gameplay and quick-fire wins. The icons that feature in the game will be instantly familiar to fans of land-based slot machines, with cherries, oranges, grapes, lemons, plums and watermelons all lining up alongside the slot’s highest-paying lucky seven symbols.

With wins paying from left-to-right, right-to-left and for three adjacent symbols in the middle reel positions, a full table set of these lucky sevens will award a maximum prize of 5,000x players’ bet, with these big wins being complimented by regular hits that arrive courtesy of the game’s scatter symbol.

Depicted as a glowing orange fireball, these special icons pay out whenever three or more appear in any reel positions and will result in instant wins of between 20x and 500x the selected bet. This, coupled with Big Max 77’s ten fixed pay lines result in it being a high volatility entry in the Swintt Premium catalogue which – while not paying out on every spin – can potentially hit hard when it does.

Of course, should players wish to take fortune into their own hands and potentially boost the value of any wins that they collect, they can do so via the game’s Risk feature.

Available after any winning base game spin, this exciting mini-game is a virtual ever-present in Swintt Premium releases and allows them to double the value of their current win by correctly guessing the colour of a hidden playing card.

Naturally, if players can hold their nerves, multiple rounds of Risk can be played and their current prize can be incrementally increased until either the game’s maximum pay-out has been achieved or an incorrect guess returns them to the base game, where they can start building their fiery fortune anew.

As with all Swintt Premium titles, Big Max 77 can be played on desktop or mobile devices and also boasts an auto spin feature for even swifter gameplay. The latter option can be configured for either a set number of spins or a max win/loss limit, making it the perfect companion for on-the-go gaming.

David Mann, Chief Executive Officer at Swintt, said: “With Premium releases proving a popular mainstay of the Swintt catalogue, we’re pleased to add another classically-styled and user-friendly option to our slot line-up in the form of Big Max 77.”

“A highly volatile addition to our Premium range, the game really packs a punch due to its maximum wins of 5,000x players’ stake and frequent scatter pays, making it the ideal title for fans of classic land-based slot-style releases that combine simple, fast-paced gameplay with red hot potential pay outs.”

Owner of the Malta based 18Bet fined by the Netherlands regulator the KSA, for accepting Dutch residents without an appropriate licence