Another month, another round-up of integration deals from RAW Arena, the recently launched aggregation platform from the team behind RAW iGaming. Today, the studio is announcing partnerships with Infiniza, NetBet and FullForce .

The deals mean that players at brands including Spinero, Whamoo, OmniSlots, Fruits4Real, WestPoint Casino, Spinnalot, and Casino777 amongst other brands will now be able to access some of the most innovative online casino games in the market via RAW Arena.

Popular games include the newly released Blackbeard’s SuperSlice®Rings, Popeye vs Brutus SuperSlice® and Lucky McGee’s SuperSlice Swirl all of which are from RAW’s in-house studio. Operators can also offer their players access to innovative, new third-party providers on the RAW Arena Platform.

RAW Arena, previously the Leander LeGa platform, has been developed to bring new ideas and solutions to operators.

In an industry that is saturated with similar content, RAW Arena is creating a route to market for those game studios that are striving to deliver something different whilst providing iGaming brands with premium casino content.

Tom Woods, CEO of RAW, said: “We are really ramping up our operator partnerships and our latest batch of launches includes some amazing casino brands in major markets from Belgium to the Netherlands.”

“We are on a mission to stand out in the sea of sameness, both through our proprietary titles and those from the exciting and innovative third-party developers we’ve integrated into the RAW Arena platform.”

“It’s great to see operators such as Infiniza , NetBet and FullForce be able to deliver a differentiated experience to their players via RAW Arena.”

Sarah Fox at Infiniza, added: “Casinos are constantly looking for ways to stand out from their rivals and RAW Arena is a powerful way for us to do this with our brands.”

“The gameplay offered by RAW’s proprietary SuperSlice engine is thrilling but so too is the experience provided by the third-party content available via its platform. This will help to further establish Infiniza and our brands as true market leaders.” 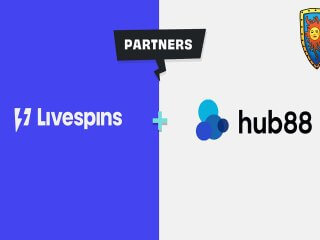 RAW Arena content is now live with brands such as PAF, Twin and OlyBet