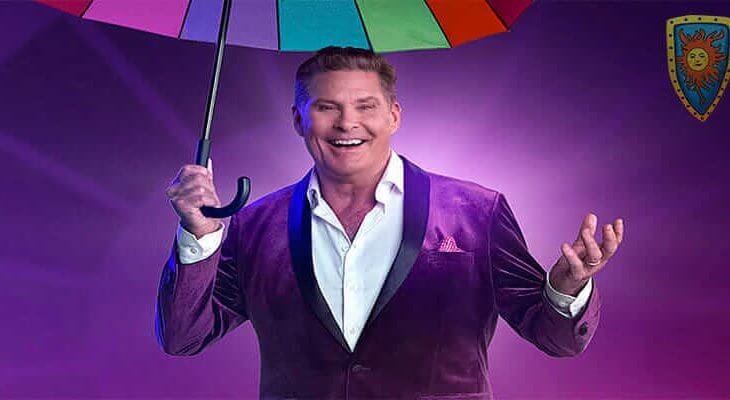 The Malta based Rootz Ltd is celebrating the launch of its third online casino. Wheelz Casino follows hot on the heels of their breakout brand, Wildz and last year’s opening of their  Caxino Casino online brand, building on the roaring success of its sister sites. Rootz has agreed to partner up with showbiz legend David Hasselhoff – of Baywatch and Knight Rider fame, to act as Wheelz brand ambassador.

Wheelz casino like its older sister sites, operates on Rootz’s own gaming platform, which carries casino game content from studios to include NetEnt, Evolution Gaming, Thunderkick, Yggdrasil, Red Tiger and Microgaming. For players as well as having access to numerous top quality casino games, it also means the casino allows for seamless navigation and the provision of real-time rewards, wrapped in a colourful and engaging interface.

On the association with “The Hoff”, the Knight Rider and Baywatch star is expected to return to his acting roots as the star of Wheelz TV ads, and the collaboration will even see the Hollywood megastar Hoff feature in his own dedicated bonus games at Wheelz. The Hoff admits to feeling at home in the casino environment, even telling Wheelz: “If I had to pick a favourite casino game, it would definitely be craps.”

Hasselhoff may be happy to hear his favourite game, plus a host of other dealer-dealt live streamed table games, are on offer at Wheelz – along with hundreds of popular video slot titles.

As he has done throughout life, the star will be looking to bring his own brand of cool to the party at Wheelz, stating: “That word ‘cool’, is a real big word to me.”