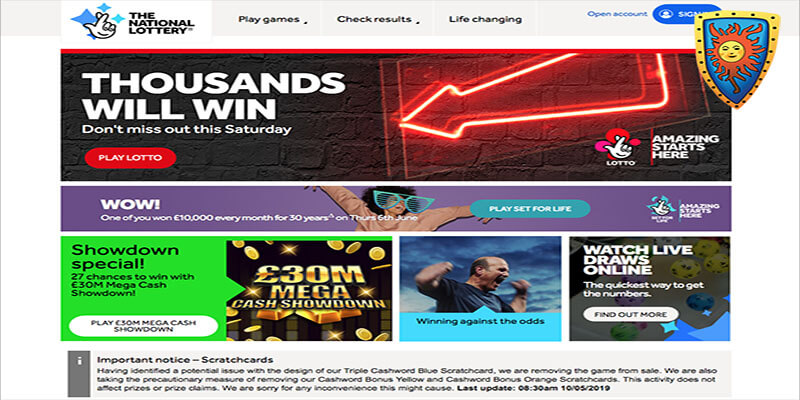 An unclaimed UK National Lottery Jackpot of £1 million has still yet to be claimed, which relates to the Lottery Draw of Wednesday 9th January 2019. With the winning ticket sold to an individual in the city of Manchester.

Camelot the organisers of the National Lottery have advised Manchester residents to check any discarded tickets people may have in their possession, as the owner of said ticket has only until July 8th 2019 to claim the prize.

The winning numbers which were drawn on 9th January were 3, 17, 36, 42, 51, 57 and the bonus ball was 18, with the elusive winning ticket featuring five of the main numbers  along with the bonus ball number.

Andy Carter from the National Lottery said about the as of yet unclaimed prize: “Time really is running out for the winner of this prize, but we are still hopeful that someone will come forward at the very last minute to claim the money.”

“We’re urging everyone to check their old tickets one final time or look anywhere a missing Lotto ticket could be hiding. This life-changing prize could really help to make dreams become a reality for someone out there.”