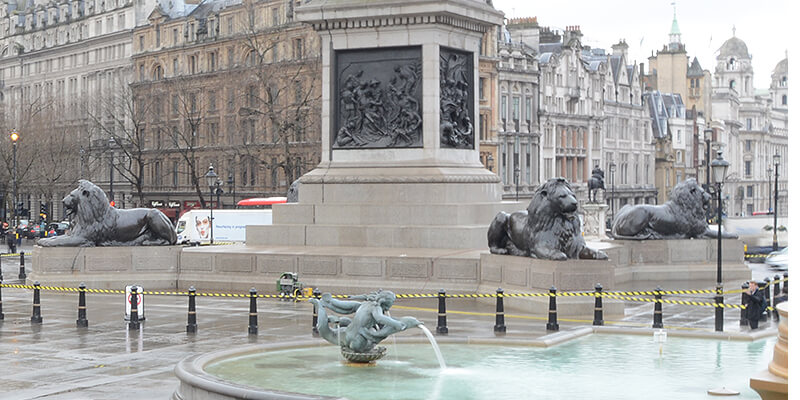 There’s one more point we should cover regarding the contents of the UKGC’s recent Review of the ADR process: player’s options when it comes to using the ADR system. Contrary to previous directions given by the UKGC players now have some choice when it comes to which ADR they deal with. In the past, the UKGC has told casinos they can only list one ADR — the reason given being that multiple ADRs would “confuse the customer” — and the player could only use the ADR listed. In other words the casino had the final choice of who the player could take their complaint(s) to.

In the Review the UKGC has said “A consumer may choose to use a different ADR provider than the one specified, but only if the gambling operator also agrees to use this alternative provider.” This at least makes it explicit that the player does have the choice of nominating an ADR not named by the operator, though the UKGC itself admits that “in practice very few operators have agreed to use a provider other than the one(s) they have already made arrangements with.” The UKGC does not make it clear in the Review how they intend to resolve this problem. In practice it appears that the operators remain in control when it comes to making the decision regarding ADRs they’ll agree to work with on player cases.

Ok, that’s the end of my two-thumbnail summary of what’s in the Review. What follows is a bit of commentary on the Review and the highlights of it that we’ve previously mentioned.

First and foremost I have to say that the Review makes it clearer than ever that the UKGC continues in its intention to manage the online casino complaints process without being directly involved in the complaints process. They say time and time again “we don’t/won’t/can’t handle complaints”. But in the Review they go to great lengths to describe how they want the ADRs to transform themselves into minions of and for the UKGC. Basically they want to manage the ADR complaints system by remote control.

My experience has been that whenever management tries to control things remotely without (ever!) getting their hands dirty then they either need to be managing a simple robot-driven assembly line or they need to learn to spin straw into gold: anything of any reasonable complexity needs some measure of hands-on management. The online casino complaints scene is neither a mechanical nor trivial process and the UKGCs desire to micro-manage it without doing it, or at least being heavily guided by the experience of those who do, is questionable at best.

Secondly, on the issue of “public input”: of course it is perfectly understandable that the UKGC would want to be responsive to the public since they are after all a government body. In trying to do so the UKGC apparently sees all complaints about the ADR system as equal, regardless of where the complaint comes from. In other words anyone can say anything and it all goes into the pot for consideration by the UKGC.

I believe there is a distinction that needs to be made here: if you morph the system based on legitimate complaints from legitimate players then you’re probably doing the right thing. If however you morph the system based on anything from anyone — making no attempt to discern between legitimate players and those who simply want to influence the process for their own purposes — then your chances of doing a good thing plummet drastically.

As someone with over a decade in the casino complaints game, I promise the reader that the fraudster community within online gaming is significant, wide spread, and persistent. To make a long story short I’ve literally seen discussions in the fraudster and advantage player (AP) communities where they’ve specifically emphasized the importance of complaining to the UKGC in order to bend and twist the ADR process to their advantage. This includes complaining about actual cases that have gone against them and simply making things up in order to influence the UKGC. And from what we’ve seen thus far there is nothing to stop their input from being accepted at the UKGC right along with everyone else’s. This is like asking — no, encouraging — the guy who burgled your home to have a say in what efforts law enforcement are permitted when investigating and prosecuting burglary! See previous statement about the chances of doing a good thing plummeting.

The UKGC and its supporters may argue that the chances of their process being hijacked by those with bad intentions is negligible. Given that 30-40% of the complaints that we see are advantage player and/or fraud related I think this is a case where insiders know the scale of the problem — and the threat that poses — and outsiders simply don’t.

And the core of this problem is a recurring issue with the UKGC: they are not on the front lines of dealing with player complaints so they have a very arm’s-length notion of how much fraud there is in the online gaming scene or how it might be properly resisted. In fact based on some of their decisions, past and present, it’s clear that they seriously low-ball the whole fraud issue to the extent that they simply ignore it when it is convenient or expedient to do so. Their position appears to be that if a player hasn’t been convicted of anything then they are not guilty of anything and that is simply not the reality that online casino operators face as part of their day-to-day business.

Finally there’s the matter of the UKGCs goal of real-time “insight” into the complaints process. Point #1: Resolver.co.uk may work for complaints about your gas bill but its effectiveness in the complex world of online casino complaints is highly suspect. Punters will never be as simple to deal with as people who buy airline tickets or have a dispute with their bank. To imagine that they will be is to imagine an online casino industry that bears little or no resemblance to that industry as it exist today.

Point #2: asking, or demanding, that the ADRs educate the UKGC on an ongoing basis — and that’s pretty much what they’re asking for in the call for ADRs to give them a steady flow of feedback and insight into the complaints scene — could be a reasonable and manageable thing. Or it could be an onerous and resource-draining thing that small ADRs can ill-afford to be burdened with. The Review acknowledges this possibility and simply says “If we require providers to add further value to the sector by collecting, publishing and broadcasting data and findings to drive improvements, they will also need the resource to manage this.”

One final issue in the Review I believe is worth mentioning again: the Review says that the UKGC originally Accredited a number of ADRs in the hope that there would be open competition between them and therefor a better quality of service on offer to the consumer. The Review states that this has not happened and says it is a failure of the ADR system. The role the UKGC itself played in this failure by actively discouraging casino operators from naming and/or using more than a single ADR is not mentioned. The fact that the UKGC has done nothing to require that operators work with a player’s preferred ADR is not mentioned. Operators themselves have been and continue to be the final word on which ADR the player can take their case to. If competition between ADRs is something the UKGC desired they have been singularly ineffective in creating and supporting an environment where that could happen, or was even possible.

As mentioned last time the UKGC and its ADRs have a big meeting in May. Needless to say it’ll be interesting to see what comes of it.

About the Author... Total Posts Written: 3