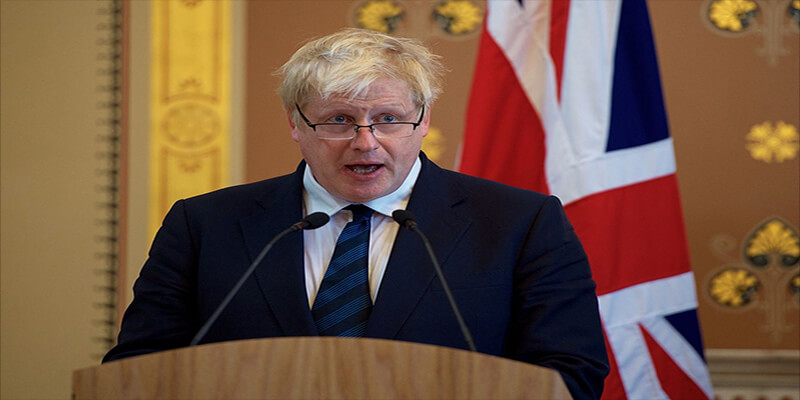 A seismic day in British Politics of which the shockwaves have been reverberating around not only London and the UK, but also Brussels and the European Union.

For those living under a rock, or in the wilds of nowhere, bereft of communication from the outside world, Boris Johnson has been installed as Prime Minister of the United Kingdom.

Often a figure of fun at his own expense, Eton and Oxford educated Johnson, the former Mayor of London, has finally got in his hands, the keys to Number 10 and the top job he has coveted since he entered politics.

One of the main architects behind the Vote Leave campaign in 2016, which saw 52% of the UK electorate vote to leave the European Union, it is Brexit or the lack thereof, after three years, that has finally given Johnson the opportunity to head the minority Conservative Government and be the country’s Prime Minister.

Yesterday evening, after returning from his audience with the Queen at Buckingham Palace, Johnson has not been slow in putting his team in place, in doing so, removing root and stem the majority of Theresa May’s cabinet.

Even before arriving at the most most famous street in the UK, Cabinet heavy hitters such as the Chancellor of the Exchequer, Philip Hammond, had handed in their resignations, joining the likes of David Gauke the now former Justice Secretary on the back benches.

However, it has become clear in the cold light of day this morning, that Johnson wants to fill the Cabinet with ‘Pro Brexiteers’ and political allies, moving out anyone who is or are deemed to be against the cause that is Brexit by 31st October this year.

Out goes Liam Fox, who while a Brexiteer, criticised Johnson in the Conservative Leadership campaign, going on the radio to publicly contradict Johnson’s view of GATT 24, clause 5b. In short, the cull at cabinet level has been nothing short of ruthless, with a total of 17 ministers either being ousted or resigning.

With the likes of Dominic Raab installed as Foreign Secretary and the return of Priti Patel as Home Secretary, it is very clear that the team that Johnson has put in place, is a very pro leave Cabinet. Indeed the speech Johnson gave after his arrival outside number 10, reinforced that this administration has put ‘No Deal’ firmly back on the table.

A marked contrast, despite what she may have said countless times, to Mrs May’s assertion on handling the UK’s exit from the EU.

However, the maths just do not add up. With the Conservative Party likely to lose the upcoming Brecon and Radnor By-Election, even including the 10 MP’s from the Democratic Unionist Party, this government and this parliament will be beset by the same problems that May’s government were tied by.

General Election Before the Year is Out

With several heavyweight former ministers now residing on the back benches and an open revolt led by the ‘Gauke Squad’ likely, it seems that a General Election is the only way to clear the impasse.

Unless the EU top team of Barnier et al are incredibly good bluffers, the chances of them  reopening the withdrawal agreement are slim to none. Add to the fact that the UK Parliament has no appetite for a ‘No Deal’ scenario, then once again, we are staring at political deadlock.

Johnson no doubt, is well aware of this and is surely not wanting to see his government be torpedoed by a threatened vote of no confidence. A threat that Jeremy Corbyn has once again indicated to media outlets that it is a case of when and not if.

So stepping back, one has to realise that whilst this is a very pro brexit cabinet, it is also one equipped for war, in the form of fighting a General Election.

Johnson will likely be spending the next few weeks until parliament reconvenes in September, working on increasing his party’s support among the electorate, whilst taking on shuttle diplomacy across the 27 member states of the EU.

But one thing is clear, if the UK has not either signed up to a withdrawal deal, or the UK parliament has not provided the green light for a ‘No Deal’, then Johnson is likely to call a General Election, Fixed Term Parliament Act notwithstanding.

Indeed, the odds on such an event have been slashed to 6/5, compare this to 12/5 that Johnson will have managed to achieve Brexit by 31st October. Whilst 6/5 is not quite odds on, don’t be surprised if those odds get shorter.  I know what my money is on!

It will be interesting times over the next 98 days or so….