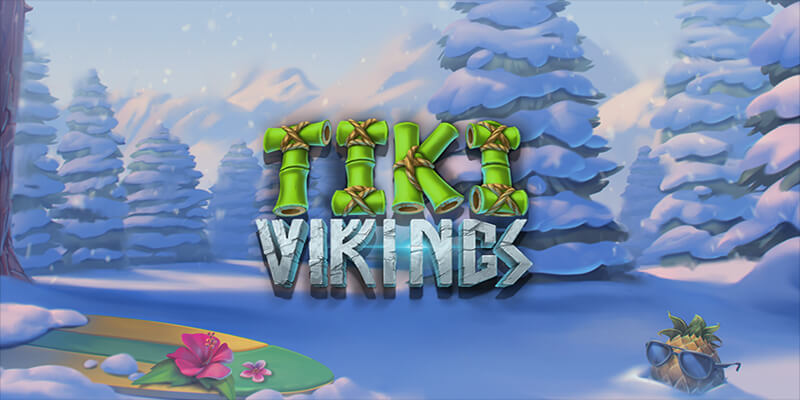 Microgaming have announced the release of yet another slot game, this time it is a 20 payline, five reel slot called Tiki Vikings, developed by Just for the Win, exclusively for Microgaming.

Available as of this morning at all casinos which feature game content provided by Microgaming, the Tiki Vikings are described as bringing a taste of Hawaii back to their native Norse homeland.

Decent graphics, with two bonus features to be won, this slot looks like it will appeal to the low rollers, as it has a reported maximum payout that comes in at just over 300 x.

Commenting on the release of the game, James Buchanan, Director of Global Operations at Microgaming, said:  “Just For The Win have delivered yet another entertaining and highly original slot game. Tiki Vikings merges two popular themes to great effect, providing players with a colourful and fun base game, boosted with excellent bonus mechanics.”

“The Symbol Lock Re-spin and Symbol Upgrade features add a tremendous sense of energy and momentum to the gameplay, offering the potential for huge rewards.”

With CEO of Just for the Win, Johan Persson, commenting: “Tiki Vikings is a wacky mashup that’s particularly close to our hearts here at Just For The Win. We’ve had a blast putting together a cast of grumpy but loveable Viking characters.”

“They’re all fresh from an awesome tropical vacation, and they’ve brought the relaxed, sun-kissed Tiki vibes back home to the icy Scandinavian tundra. Naturally, our bearded friends’ Hawaiian party keeps freezing in the frosty climate – luckily for players, that means the potential for big wins!”