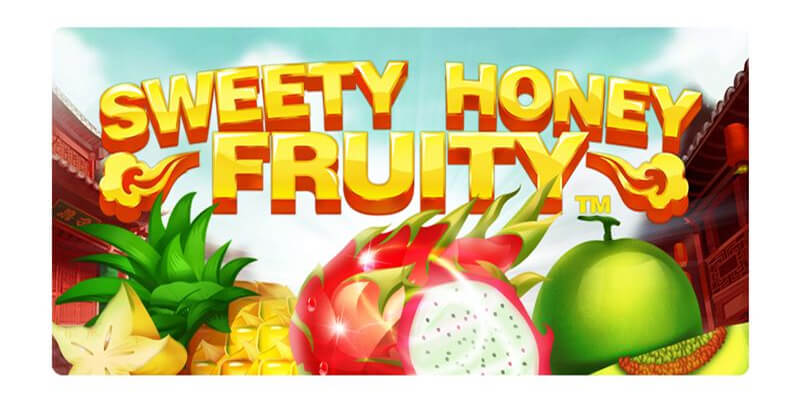 NetEnt have announced the release of their latest slot game, an Asian inspired themed slot, in the form of Sweety Honey Fruity. Classed as a low to medium variance slot, Sweety Honey Fruity features five rows and fifteen paylines.

With an oriental backdrop, exotic fruits being used as the symbols in play and traditional music, Sweety Honey Fruity follows the release of another Asian themed slot titled Twin Happiness, which NetEnt released in September last month.

Dragon fruit, star fruit and juicy melons are among the tasty treats bursting onto the reels and combining to activate wild substitutions and free spins. The slot has a RTP of 96.71% and for those NetEnt aficionados among you, you will realise it is very similar to their Fruit Shop slot. So in terms of anything new or inspiring, unfortunately Sweety Honey Fruity fails to deliver in these areas.

Nonetheless, it is yet another game that players can try out and give it a spin. NetEnt’s Director of Games, Bryan Upton, speaking about the release of Sweety Honey Fruity, commented: “Asian-focused titles are a key part of our game release roadmap as we develop the theme within our portfolio in response to player and market demand.”

“Sweety Honey Fruity quickly follows the successful launch of Twin Happiness and we have two more entertaining titles lined up before the end of the year. With each slot having its own unique style and features, we’re developing the offering for all types of slots fans.”