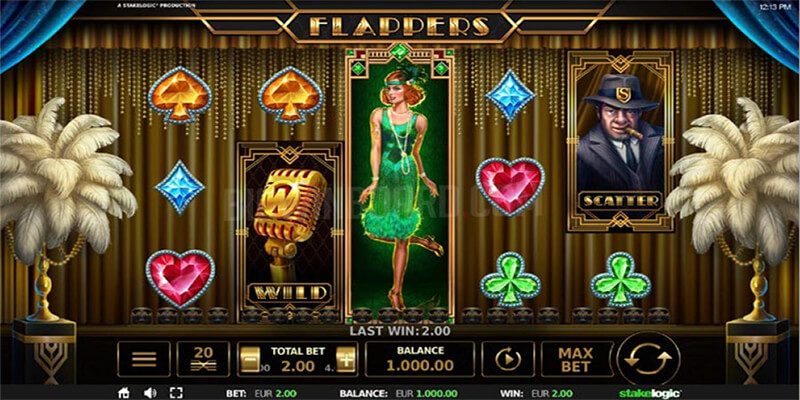 Stakelogic, the online slot and casino game developer, is taking players back to the glitz and glamour of the roaring 20s with its latest title, Flappers. A medium variance slot with 20 paylines in play, Flappers has an RTP of 95.48%.

The game is set in a bustling nightclub and is themed around the iconic Flapper girls of the era who wore short skirts, bobbed their hair and danced to the jazz music being played.

Flappers captures the fun and frivolity of the time with its art deco reels and sees players chase these gorgeous women on their way to big wins. The game boasts several raucous features including Fabulous Free Spins. This is unlocked when three security guard Scatter Symbols land anywhere on the reels.

When they do, the security guards part the stage curtains and activate up to 80 free spins. During free spins, if the Flapper girls begin to dance the Charleston they become Wild to increase the chance of landing even bigger wins.

Stephan van den Oetelaar, CEO of Stakelogic, said: “The 1920s was a time of decadence and frivolity and we have captured the spirit of the era with Flappers. Not only is the slot visually striking, but it also delivers plenty of big win potential thanks to the various bonus features we have built into the game.”

“We believe Flappers will entertain and excite in equal measure and will prove to be hugely popular with players in markets around the world.”