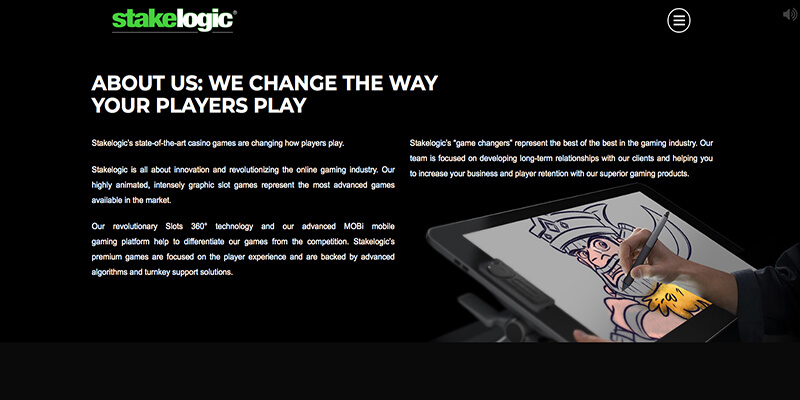 Stakelogic will now combine Megaways with its own unique approach to online slot developer, with Black Gold Megaways its first title to feature the mechanic.

Black Gold Megaways gives players the chance to become the biggest oil tycoon in the West when they dig for oil and the Megaways cascading reels fire into action with 117,649 ways to win.

If that wasn’t enough, Stakelogic has built several lucrative features into the game including Wilds that are randomly distributed, that can fill an entire reel or multiply the player’s winnings.

Black Gold Megaways also allows players to Double Up, doubling their win when the Double Up Bonus Feature Symbol has landed in the central section of the Bonus Reel.

Players can also use their dynamite, (which is earned by) when the Bonus Reel shows the Destroyer Bonus Feature Symbol, to blast away all lower paying symbols and unlock even bigger wins.

Finally, the Nightly Free Spin bonus game is triggered when four Oil Rig symbols land anywhere on the reels. During the feature, all Free Spin winnings are doubled.

Stephan van den Oetelaar, CEO of Stakelogic, said: “Big Time Gaming has seen huge success with titles such as Bonanza and we are looking forward to producing games with the Megaways engine.”

“Black Gold Megaways gives players the chance to put on their mining helmet and dig the many Megaways to untold riches and we believe it will be a huge hit with players and operators alike.”

Stakelogic has established itself as one of the most popular game developers in the market in recent months following a spate of game and feature launches.

Its position has been strengthened by signing partnerships with big name operators including PokerStars and most recently Mr Green.

Nik Robinson, CEO of Big Time Gaming, said:”Stakelogic has an exceptional track record of slot development and we are delighted to have them on board as a Megaways™️ licensee.”

“Black Gold looks great and plays incredibly well, adding an exciting new dynamic element to the growing stable of Megaways™️ products and we have no doubt it will prove incredibly popular with players.”

“Black Gold looks great and plays incredibly well and adds an exciting new dynamic element to the growing stable of Megaways™️products, we have no doubt it will be very successful.”