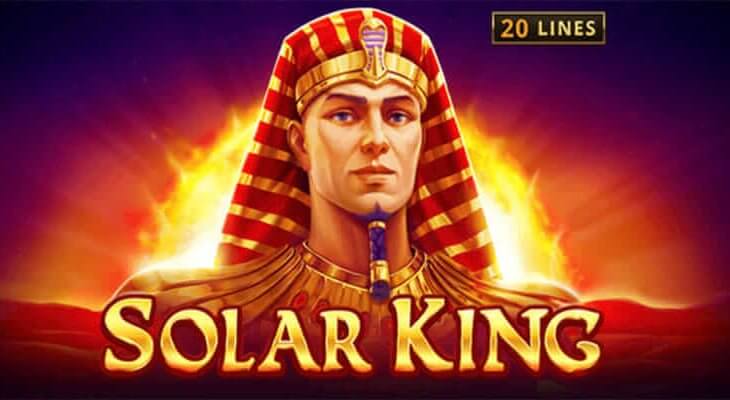 Casino game studio Playson have announced the release of their latest video slot game, with the 20 payline Solar King going live across all operators that carry casino game content from the Malta based casino software developer.

Operating out of their Head Office in Silema, Malta, with various other offices in other territories, Playson’s addition of Solar King to their Solar Series of slot games follows that of Solar Temple and Solar Queen, two of their most successful slot game titles to date.

Available to play at numerous Casinomeister accredited casinos, including  Video Slots which you can sign up to here, the canny developers and game creators at Playson hold out high hopes for Solar King being as successful as the previous games in the Solar Series.

Speaking about its release, Playson’s Vsevolod Lapin who holds the role of Head of Product at Playson, said: “We are thrilled to launch Solar King, an eagerly awaited slot that sees players bow down to the new leader within our Solar series of titles.”

“With immersive symbols, cutting-edge gameplay features and multipliers of up to x10, we have no doubt that the title will continue the success achieved by the other hits in our acclaimed Solar series.”