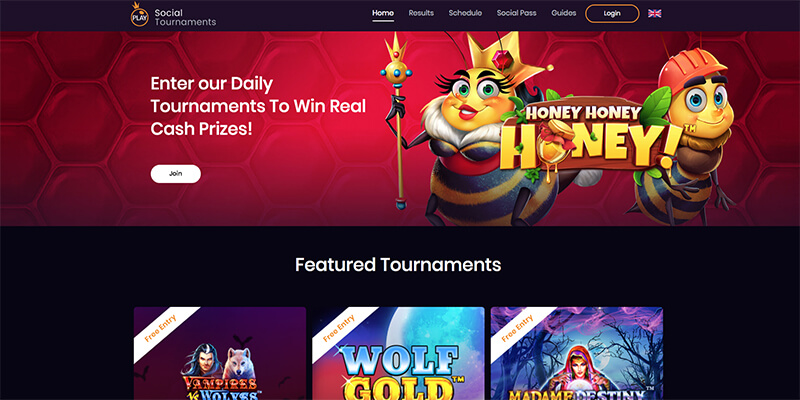 The site SocialTournaments.com which is owned and operated by Pragmatic Play have just launched their first season pass, which is set to run from now until the 12th February 2020.

For those unaware of Social Tournaments and what the concept and idea of it is, in a nutshell it allows players to compete in slot tournaments, whereby cash prizes are on offer for those that are lucky enough to be placed on the winners rostrum!

Joining up with Social Tournaments is absolutely free and players will have a chance to win some extra pocket money, with a monthly prize pool of $20,000. In the near future players residing in the United States and also Australia will be eligible to sign up and take part.

A whole host of new features have been added, such as reward chests, chat and a ranking system. By participating in tournaments, completing challenges and levelling up, players will earn chests with different rewards. Right now, rewards consist of avatars used to customise player profiles as well as emojis to which can be used in the chat room.

The avatars that players can use are distributed among 4 levels of rarity with different drop rates, a concept that will be instantly familiar to gamers. Players are able to exchange a bunch of lower rarity avatars for one of the rarer ones and then use their favourite as their own personal icon on the website.