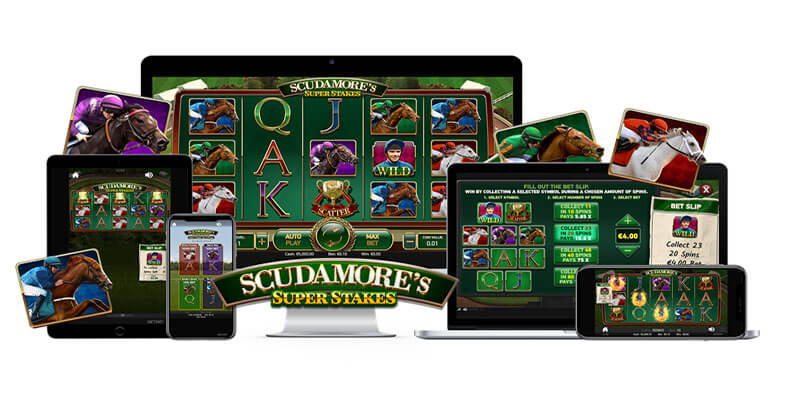 Swedish casino software developer NetEnt are having a busy month, with news that they have released a new slot machine game, in the form of Scudamore’s Super Stakes. With the Cheltenham Festival just days away, which starts on the 12th March 2019, NetEnt are hopeful that Scudamore’s Super Stakes can take advantage of the popularity of the horse racing event. Which is regarded by many as the ‘blue-riband’ of jump racing.

A 5 reel, 3 row, 20 payline slot machine, Scudamore’s Super Stakes according to the PR blurb sent out by NetEnt, the game“captures the unique trackside excitement as anticipation builds ahead of the 2019 Cheltenham Festival in March and Grand National at Aintree in April.”

The release of this slot, follows anticipation of NetEnt’s sequel to the DOA slot, with a promo video being released by the Swedish developers, giving players an insight as to what to expect. More on Dead or Alive 2 can be read here.

Anyhow, back to Scudamore’s and what players can expect from this game. Having only been released this morning to those online casinos that carry games from NetEnt, I am afraid I have as of yet tried it out. But if the PR concerning the video slot is anything to go by, players should be suitably impressed.

Bryan Upton, NetEnt’s Director of Games, states: “With Cheltenham and the Grand National just around the corner, now is the perfect time to launch Scudamore’s Super Stakes. We’re delighted to partner with Peter; he’s not just a true legend of the sport but a true personality that has imbued his knowledge, charm and character into this game. The bet slip feature alone we feel will be popular with players and punters throughout the year, but Peter’s presence, voiceovers and advice throughout the development process should win over most of the horse racing fans out there.”

With the eight time Champion Jockey Scudamore, who lends his name to the game commenting: “I’ve worked closely with NetEnt to create Scudamore’s Super Stakes and help capture the fun and thrills of horse racing. I’m proud to put my name to the game, especially as it’s a first-of-its-kind for NetEnt.”

Scuadmore’s Super Stakes is the first of several licensed slot games to be released in 2019. With the likes of  Narcos, Ozzy Osbourne and Conan due to be released later on in the year.