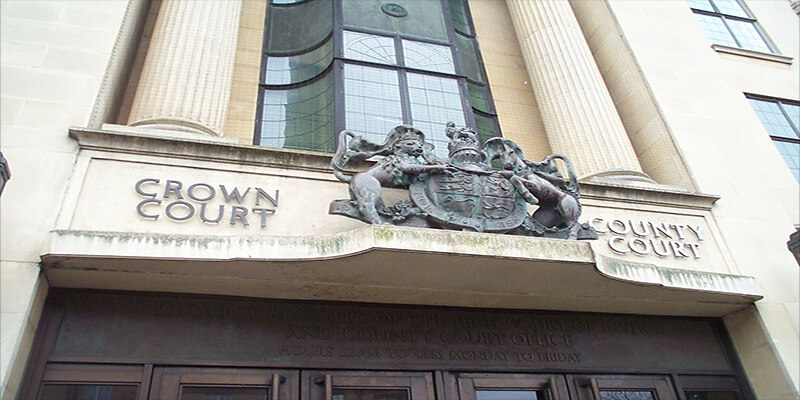 A fraudulent national lottery jackpot claim for £2.5 million with a fake lottery ticket was made by 54 year old Edward Putman, St Albans Crown Court has heard. With assistance  by a Giles Knibbs, who worked for lottery operator Camelot.

In 2009 it is alleged that Putnam claimed the win for the 11th March 2009 draw on 28th August the same year, just days before the 6 month deadline to claim any prizes for that draw had passed.

Knibbs worked for Camelot for six years between 2004 – 2010 in their fraud department and the court heard that his role in the fraud perpetrated by Putman, was the creation of the false ticket that Putman used to claim the unclaimed jackpot. With Knibbs having seen a document detailing unclaimed big wins on the lottery, a ‘perfect’ fraudulent claim was set in motion.

The prosecutor in the case, alleges that Putman did not indeed hold a winning ticket for the 11th March lottery prize draw, with the actual ticket used to claim the unclaimed £2.5m prize being a forgery created by Knibbs.

The above came to light after Knibbs sadly took his own life in October 2015.  James Keeley for the prosecution said: “He did not hold the winning ticket, but a forgery created by Mr Knibbs. “

The court also heard the Mr Knibbs told friends that he had actually ‘created’ the winning ticket used by Putman, to claim the £2.5m jackpot available from the 11th March lottery draw. Which the prosecution further provides proof that Putman was provided the forged ticket in question by Knibbs. With Keeley further stating: “The veracity of his  narrative and thus credibility is strongly supported by the forged ticket which the defendant could not have acquired by legitimate means.”

The court also heard that prior to Mr Knibbs’s untimely death, in 2015, Mr Knibbs was of the opinion he had not received his ‘rightful’ share from the fraud. With a bitter argument between Putman and Knibbs ensuing in June 2015.

Evidence was also produced to the court suggesting that Knibbs had received £280,000 as payment for his part in the fraud. The prosecution also alleges that further smaller incremental payments totalling £50,000 were paid by Putman to Knibbs.

The actual forged ticket used by Putman was badly damaged and also missing the bottom section. However, on the 8th September 2009, Camelot decided it was genuine and paid Putman, with the prosecution stating that the lottery organiser had been conned.

The trial is likely to continue for a further two weeks.