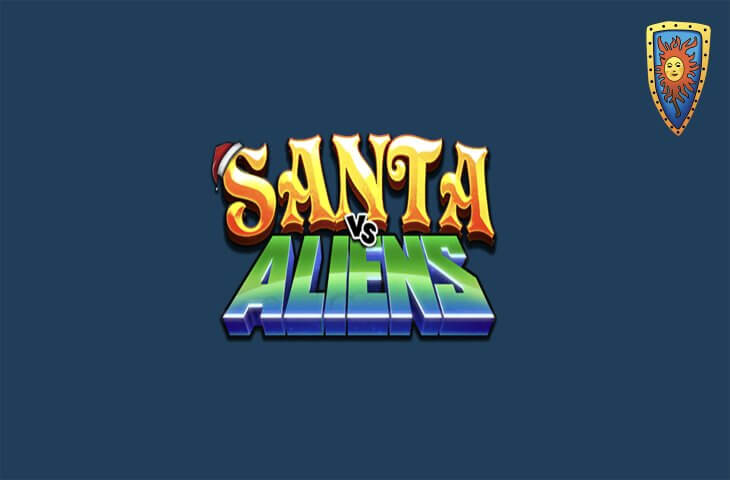 Casino software developer Swintt’s latest release is packed with festive fun for players at those online casinos such as the ‘Casinomeister Accredited’ LeoVegas Casino, which carry their game content, who are able to enjoy Santa vs Aliens.

With Swintt promising players a quirky new take on the classic holiday slot. The release of Santa vs Aliens follows swiftly on the heels of their release of Rock N Ways XtraWays and the casino game studio are hopeful that their latest release will similarly prove to be a smash hit with slot fans.

Santa vs Aliens sees players join forces with a muscle-bound Santa Claus as he uses all manner of festively-themed gadgets to save Christmas from a fleet of marauding martians who are hell-bent on ruining the holiday season.

Featuring fun, comic-book style visuals, this 5×3 video slot boasts an entirely unique line-up of symbols including bauble grenades, bladed candy canes and explosive presents, all of which help set the tone for a truly out-of-this-world adventure that offers players top prizes of up to 292x their starting stake.

The game’s highest value symbol – heroic Santa himself – acts as a substitute wild and can fill in for any regular icon to complete winning paylines. Ever-present throughout the base game on the slot’s central reel, this special symbol helps to improve Santa vs Aliens’ payout frequency and will even spawn additional wilds at the end of random spins to help players on their way to even bigger prizes.

The other important symbol to look out for is the purple alien scatter, which is key to accessing the game’s main bonus feature. Activated whenever three or more scatters appear anywhere on the reels during a single spin, players will be transported to a new screen where the bonus wheel is displayed.

Here, they’ll be prompted to press a button to set the wheel in motion, with the pointer stopping on either a prize multiplier or a number of Free Spins. With maximum multipliers of 100x their stake or up to 20 Free Spins available – plus a range of smaller prizes as well – players will have plenty of reasons to be merry, especially seeing as any Free Spins will come with an expanding wild modifier.

Should they collect a Free Spins prize, players will notice that any time Santa spawns additional wilds on the reels, they’ll now expand to fill the entire column that they land on. Given the frequency with which this happens and the fact that the game boasts 20 standard paylines, this can lead to some impressive feature wins – especially when two or more columns of wilds are present at once.

David Mann, Chief Commercial Officer at Swintt, said: “Swintt has always led the way when it comes to producing original titles – and this Christmas we’ve gone all out with our quirky Santa vs Aliens slot.”

“The game provides a fresh spin on the standard Christmas fare, with a range of colourful characters and rewarding features making it an unforgettable extra-terrestrial adventure for players to enjoy.”

If you are looking to get into the festive spirit whilst playing at an online casino, check out our recommended fun filled Christmas Slots  which we have diligently compiled.