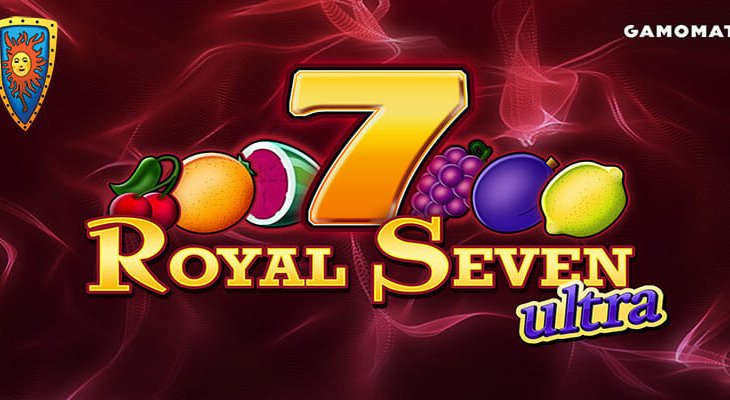 The German based casino game studio GAMOMAT who are behind the online slot titles Monkey Mania, Books & Bounties and Book of Juno, have this morning released their latest slot game titled Royal Seven Ultra.

GAMOMAT who were established back in 2008 and originally developed games for land based casinos, pride themselves on making innovative slot games, with their portfolio of games available at casinos such as Casinomeister accredited online casino Videoslots.

Royal Seven Ultra is labelled as an ‘Imperial’ title by the German game developer and with its 6×4 design, is the biggest reel design to date from GAMOMAT and succeeds previous much-loved titles Royal Seven and Royal Seven XXL. Stacked Sevens provide the chance for a complete screen of top symbols and helps make for a majestic playing experience.

Seven is the instrumental symbol on the reels and is the highest paying symbol in Royal Seven Ultra. Classic fruit symbols complete the rest of the line-up and players can also get involved with card gamble and risk ladder features that add to the enjoyment on the reels.