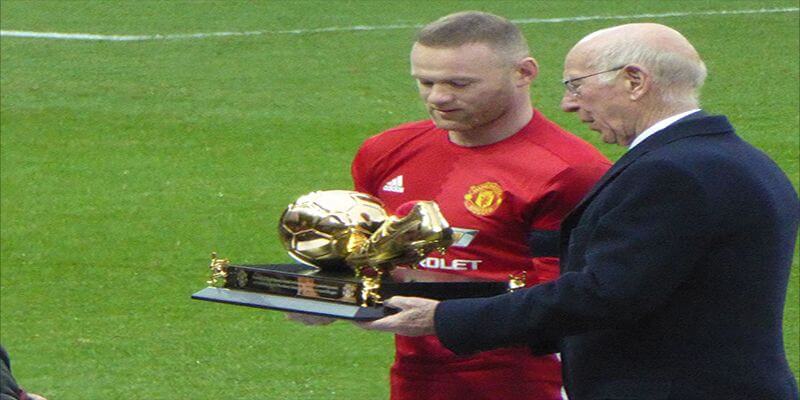 Former Manchester United forward, England Captain and record goalscorer Wayne Rooney,  has sensationally signed for Championship side Derby County and is set to join them in January, in a player coach role from Major League Soccer side D.C United. With the move being part funded by Derby’s shirt sponsor, 32Red Casino.

Rooney, once he joins up with his new team mates in January in a player coach role, will be handed the shirt number 32, as it transpires that Derby’s principle sponsor are picking up some of the tab to help fund  their move for the former England international.

After it was announced that the ‘Rams’ had pulled off arguably the football transfer of the summer, the club subsequently revealed that they had signed a new sponsorship deal with 32Red, to extend their association with the Casinomeister Casino of the Decade.

The deal that will take Rooney from the Major League Soccer where he has been plying his trade  for the last year, is reported to be costing Derby some £100,000 a week in wages. In comparison the average wage for a footballer playing in English football’s second tier is just a fifth of that amount at £20,000 a week.

Speaking to the official Derby County website about the signing of Rooney, owner of the club Mel Morris said: “We are keen to leverage Wayne’s involvement and the support of 32Red with our community initiatives, expanding the work such as the Team Talk mental health programme which is supported by our Community Trust and 32Red.”

“These are key initiatives to us as a club and demonstrate the benefits of commercial initiatives that are truly aligned to the objectives of all parties, club fanbase and community.”

However, with shirt numbers such as 7 and 18 ( The number Rooney wore when playing for Everton ) among a number still available, many commentators and fans, feel the new deal with 32Red and Rooney being given the shirt number 32, is a way to get around the Football Fair Play rules.

With comments such as: “@EFL do your job around FPP. Derby are circumnavigating the rules and you do nothing.” and “FFP? Funny.” appearing on social media.

These comments and similar ones like them arose after marketing material from Derby County promoting the acquisition of Rooney to their fan base appeared with a picture of Rooney alongside the hash tag of #WR32, followed by the casino’s name underneath.

However, a spokesperson for the Gibraltar based online casino which is now part of the Kindred Group, has defended the marketing ploy being used by the club and online casino, with Neil Banbury for 32Red stating: “This record-breaking sponsorship agreement is a significant step for us as we continue to reinvent the model of sponsorship to benefit both club and community.”

However, the  nature of 32Red’s involvement with Derby’s ability to sign such a high profile player, goes against recent action by some of their competitors such as GVC Holdings and Paddy Power. With both firms committed to reducing the amount of sponsorship from gambling companies featuring in the national game.

About the Author... Total Posts Written: 780