Revolver Gaming in Deal with Hollywoodbets 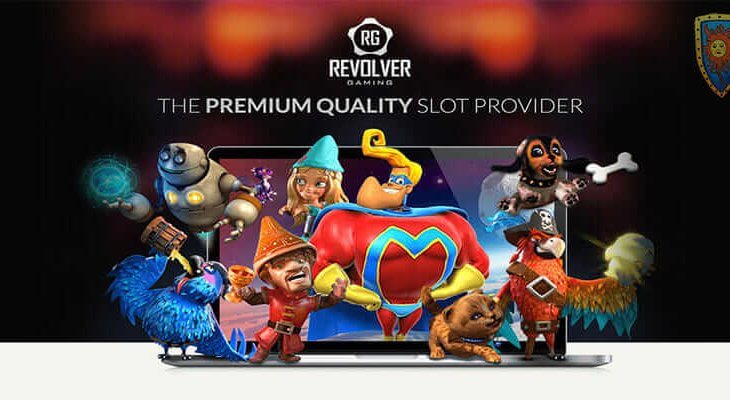 The London based casino game studio Revolver Gaming who specialise in creating 3D slot casino games developed using HTML5 and who also operate their own RGS platform, have announced that they have reached agreement with the operator Holywoodbets, which will see their slot games being made available on their UK facing online casino.

The agreement with Hollywoodbets will see the operator now be able to offer their player base games including Reign of Gnomes, Robin Hood and his Merry Wins and the Big Deal. Back in March of last year, we at Casinomeister  highlighted Revolver Gaming as a casino game studio to keep an eye on, stating at the time: “We expect to see exciting (and big) things from them in the future.”

The integration of Revolver Gaming’s portfolio of slot games with Hollywoodbets is being handled by BetConstruct  and Ryan Lazarus the Chief Executive Officer of Revolver Gaming commented: “We’re closing 2020 out on a high note. Hollywoodbets is the largest sports betting brand in South Africa and with that brand now having established itself as a player in the UK online gaming market, we’re excited to bring our library of games to a such a respected brand.”

“We think 2021 is going to be a great year for us, and Hollywoodbets is going to play a role in helping us grow to new heights.”

Adding to Lazarus’s comments, the Project Manager of Hollywoodbets Douglas Stangroom said: “Our mission as a newcomer to the UK market has been to offer the best quality gaming and entertainment to our customers. Partnering with Revolver Gaming allows us to continue this trend, as their state-of-the-art video slots have been making waves in the online gaming industry.”

“The future is bright with this partnership, and we look forward to a progressive, and successful, 2021 with them.”

The South African based operator was founded 20 years ago in 2000 and has licensed its brand to licensed operators in Mozambique, Ireland and the United Kingdom.