Another year has flown by and within hours we will all collectively say goodbye to 2020 and welcome in 2021 as Casinomeister enters its 23rd year online. 23 years online for any site in any industry is an amazing amount of time and Casinomeister has certainly seen many changes to the iGaming industry throughout the years of its existence.

Pandemic aside, 2020 has proven to be a year of sweeping changes in the world of gambling, with regulation once again hitting the forefront of the news which we here at Casinomeister have reported on.

Several operators decided the UK marketplace was a lost cause and exited stage left. Whilst many of the prominent movers and shakers in the iGaming industry kindly agreed to appear on the pages of Casinomeister as we grilled them about their history and contribution to the world of online gambling.

So as Bryan in his podcasts of old  would say, ‘grab a hot cup of java’, get yourself comfortable and prepare to read on, as we take you through the events that occurred throughout the twelve months that is and soon to be was, the year 2020.

Obviously the main event that occurred in January 2020 was the announcement of the 2019 Casinomeister Awards ( hey we are biased! lol ), which saw the superb All British Casino pick up the Best Casino Gong.  However, on 9th January 2020, the online casino operators’ version of the ‘Winter of Discontent’ started, with Royal Panda announcing that they would be exiting the UK market, in an email communication to their UK player base that 31st January 2020 would be their last day servicing the UK.

The departure of Royal Panda from the UK would be the first of several operators in 2020 that took the decision that continuing to operate in the UK was sadly untenable.

At the end of the month, in the run up to the ICE show held at Excel London at the beginning of February, the prominent Guardian Journalist Rob Davies, who does not often see eye to eye with the gambling industry, spat out his virtual dummy via his twitter account. With Davies exclaiming that Clarion Events had barred him from attending  the ICE 2020 show, held at Excel London.

Citing that his exclusion from the show was due to previous articles which he had written that were less than flattering about the event was the cause, it soon transpired after much back on forth on Twitter between Davies and his followers, that he had not in fact been banned from the event that he had first alluded to. Just the small fact he had been denied entry to the press room, as his application for a press pass had been refused.

After the event organisers were pulled into the discussion, normal service was soon resumed and Davies got given the press pass that his perceived standing craved, so all was good in the end. A conclusion can be drawn from this mini saga though, never underestimate the power of Social Media!

Little did anyone know that the month of February 2020 would be the last month of any conferences, shows and gatherings of the iGaming industry, or any other aspect of life for the foreseeable.

Well London was the destination where the iGaming and Gambling industry converged on, with the ICE 2020 taking place the week commencing Monday 3rd February, followed directly by the London Affiliate Conference, both held at Excel London.

On Tuesday 4th February there was the small matter of the annual Casinomeister gathering at Waxy O’Connors in London town. The Meister Meeting had been held every year since 2008, an impressive run of 13 years straight.

Once again a good time was had by all who attended, providing members of the forum here on Casinomeister, the chance to mingle with the staff that keep the site running smoothly, in addition to a whole host of operators that adorn the pages of our casino reviews.

The Gibraltar based operator Addison Global had their licence suspended by Gibraltar’s Gambling Licensing Authority at the end of February, with the operator of MoPlay subsequently going under, owing a fair chunk of money to suppliers and affiliates.

Not also forgetting the UKGC were once again flexing their muscles, this time hitting Mr Green with a 7 figure penalty package, for identified  anti money laundering failings and also not having suitable gambling harm preventative measures in place.

March was the month that the Coronavirus pandemic turned everyones lives upside down, which sadly we are still living with to this day, yet there does appear to be hope on the horizon with two vaccines now in play and vaccination programs being rolled out.

The affect of the pandemic on the iGaming industry was covered here on Casinomeister, with the pandemic having a negative impact on the results of Flutter Entertainment, the owners of Paddy Power and Betfair.

In brighter news and a much needed shot in the arm for those individuals that sadly have a gambling problem, the UK Gambling Commission approved BetBlocker as a ‘Prevention Charity’, allowing the responsible gambling tool to raise much needed funds, the funds raised being put to use to further develop their service.

Subsequently upon being recognised by the UKGC as a prevention charity, the Novomatic Interactive Division that is Greentube, made a much welcomed donation to BetBlocker.

The first week of April 2020 saw the UKGC announce that they were to ban operators from providing players any form of bonuses or cash incentives from Monday 6th April.

Yes, many of you spotted it, but some were taken in once again by Casinomeister’s 1st April, April Fools joke. We even had those stand up guys and gals at EGR querying whether this story was in fact true!

Saying that, this is actually not surprising after seeing some of the ideas being mooted as of late with regards to possible changes to the UK Gambling Act!

iGaming compliance specialists Rightlander on the 8th April announced the release of their new compliance tool for Spanish operators, as they continued to expand their business and enhance their reach. Further demonstrating their leading position when it comes to compliance in iGaming.

While over in the US, the Nevada Gaming Control Board published a list of procedures that casinos would have to take up, should they wish to reopen in light of the continuing Coronavirus pandemic.

The 4th May 2020 saw another operator announce its departure from the UK, with Shadowbet informing their UK player base via email of their decision which took affect the same day.

On the 7th May 2020, the sister site to Casinomeister, Casino Gazette unveiled a new look and design, some ten months after it had been relaunched after a 16 year hiatus in July 2019.

On the 13th May the UKGC made a change to the Social responsibility code provision 3.4.1, which at a stroke stopped UKGC licensed operators from using the dreaded reverse withdrawal ‘facility’. A great shot in the arm for players everywhere in our view and no doubt here to stay.

At the end of the month, the operator behind the sites Winner.co.uk and Titanbet closed down after an investigation by the UK Gambling Commission.

Some of the suggestions within the 72 page report make for sobering reading. £2 max bet spin on slot games anyone?

Another operator this time in the form of Bethard announced their intention to leave the UK. This was swiftly followed by 7Casino who announced the same just two days later.

On the 24th June the board members of NetEnt advised shareholders in the company to accept an offer from the live gaming specialists Evolution Gaming. The offer for NetEnt valued the company at an eye watering €1.86bn.

GVC Holdings plc ( now known as Entain Group ) welcomed the idea of the UK Government to review the existing 2005 Gambling Act, in light of the House of Lords Gambling Industry Committee releasing their report into the social and economic dimensions of gambling.

Malta based operator L & L Europe announced their intention to leave the German market, taking affect from 1st August 2020. With the award winning operator citing regulatory and compliance reasons as to why they arrived at this decision.

GVC Holdings plc Chief Executive Officer, Kenny Alexander announced his plans to step down from the role with immediate affect. This news broke just a few days prior to HMRC announcing that they were to investigate possible tax fraud having taken place at the Ladbrokes Coral owner.

iGB Live! and iGB Affiliate Amsterdam which were to take place in July, but rescheduled to September in light of the Coronavirus pandemic, were finally cancelled. With organisers Clarion Gaming confirming the cancellation of the 2020 shows.

Isle of Man based Microgaming announce that their progressive jackpot games have created 7 millionaires in as many months so far in 2020. Microgaming further announced that the total payouts from all seven and eight-figure wins for the year to date surpass €30 million.

Flutter Entertainment released their half year results for the year, which showed a heavy fall in profits, primarily due to the lack of sports events taking place as a result of the ongoing Coronavirus pandemic.

The start of September saw GVC Holdings recruit a Head of Media Relations, as the operator took action to ward off recently published bad press. While two days later on the 3rd September, the European Commission begin an investigation into the GVC owned Ladbrokes and their virtual betting activities in Belgium.

On the 8th September 2020 the Dutch gaming regulator Kansspelautoriteit announced that the much anticipated ‘Remote Gambling Act’ will now not come into force until 1st March 2021, a delay of two months from the previous scheduled date of 1st January 2021.

We here at Casinomeister had some news to report on, when on the 21st September 2021 we announced the relaunch of our dedicated Casinomeister UK site. While in the compliance world, leading iGaming compliance specialists Rightlander, announced that they had joined forces with Trustly and Footstock.

Right at the start of the month of October 2020, the UK Gambling Commission announced plans to stamp out once and for all irresponsible VIP practices. They also published a guidance for operators entitled High Value Customers: Industry guidance.

On the 8th October 2020, Betfred were in the dock after a player sued them for non payment of £1.7m in winnings, which the bookie refused to pay out on, alleging a software glitch causing the win to be hit.

Throughout the month of October, Swedish casino game studio NetEnt, continued to expand in the US, with several announcements being made in this respect, including entering the US state of West Virginia.

Multiple award winning online casino 32Red made the decision to quit the regulated Italian marketplace. With owners Kindred deciding instead to concentrate on marketing their  Unibet brand in Italy.

The UK Gambling Commission reached out to anyone with a vested interest in the industry, to include the player community, asking them to provide their input as to how the  the regulator of the UK Gambling Industry should implement tougher rules and regulations.

Sad news came out at the end of this month, as one of the oldest established online casinos in the form of Roxy Palace closed its virtual doors for the last time on the 30th November.

The Malta General Workers Union accuses Gaming Companies of Breaching Redundancy Laws. This came about after NetEnt unceremoniously closed down their live casino studio on the island, leaving scores of people out of work in the run up to Christmas.

On the 8th December 2020, it was announced that the minimum age limit of the UK National Lottery is to increase from 16 to 18, with the new minimum age coming into force on October 2021. 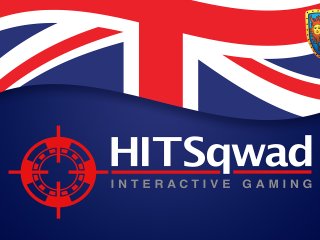 Swintt's hotly-anticipated slot strikes all the right notes with up to 262,144 ways to win and a top prize 25,000x players’ bet 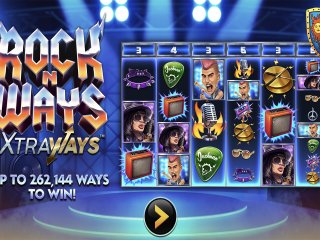 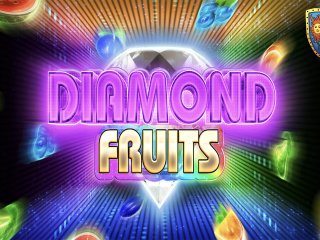 Slot players are invited to journey through the jungles of central America to the legendary lost city of gold, in Lost Riches of El Dorado 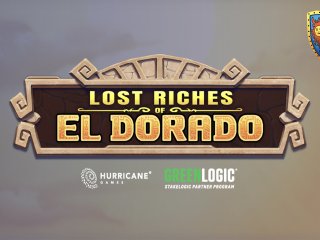