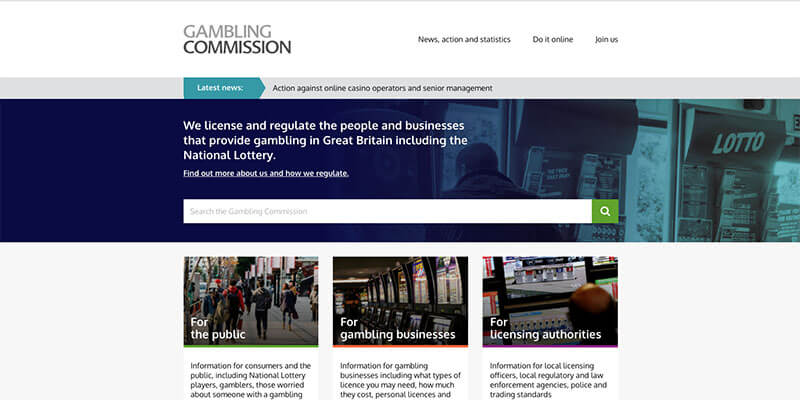 The UK Gambling Commission have announced this morning that they have taken action against four UK licensed iGaming operators, subsequently issuing fines totalling £4.5m. With the owners and operators of Guts Casino being one of the UKGC license holders that has been hit with a fine.

This is not the first time the UKGC have taken action against online casino operators. This current round of action taken by the UK’s gaming regulator, is in light of identified failings of the operators in question, concerning the lack of safeguards in place to prevent money laundering and the keeping of players safe from gambling harm.

In Touch Games Limited operate 5 UK facing online casinos, whilst BestBet Limited operate Optibet. The other two companies fined, MT Secure Trade and Betit Operations Limited are linked and are responsible for the operation of Thrills  and Guts among others.

For those unaware MT Secure is part of the Gaming Innovation Group. The ruling and fines from the UKGC could not have come at a worse time for GiG as they are currently trying to sell a compliance product into the market.

An article published this morning on the Gambling Commission website covers this latest action against these operators by the UKGC. Subsequently detailing the investigations that they have carried out over the past 18 months. Whereby 123 UK licensed operators have been either assessed or have been in dialogue with the regulator as a result.

The fines announced follow action taken by the UKGC when in November last year, a total of £14m in fines were handed out to operators where failings were identified.

Commenting on this news this morning, the Gambling Commission Chief Executive Richard Watson said: “We have been working hard to raise standards in the online industry to ensure that gambling is crime-free and that the one in five people in Britain who gamble online every month can do so safely.”

“But our work will not stop here. As a regulator, we will continue to set and enforce standards that the industry must comply with to protect consumers.”

“We expect operators to know their customers and to ask the right questions to make sure they meet their anti-money laundering and social responsibility obligations.”