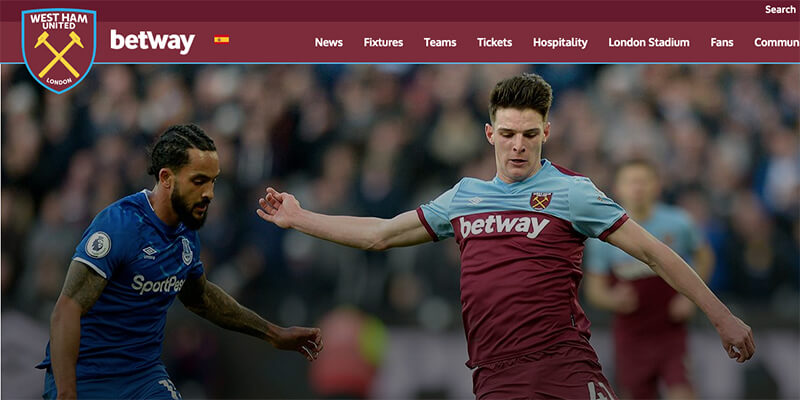 The Daily Mail this morning is reporting that the UK Gambling Commission is coming under increasing pressure to reveal the identity of the ‘tycoon’ who owns the iGaming operator Betway. In an article published in the early hours this morning, the Mail states that: “Betway has a shady ownership structure that leads back to a shell company in the British Virgin Islands.”

With the newspaper also stating that UK Members of Parliament are ‘demanding’ to know who owns the online betting firm, which has a series of high profile sport sponsorship deals in the UK. Current deals which Betway are involved in, include the sponsorship of Premier League side West Ham United, the Grand National and high profile boxing events.

The UK regulator has come under fire from the Daily Mail for refusing to tell them who is the individual behind Betway, with the UKGC citing data protection laws.

With Betway coming in for criticism for using ‘grooming messages’ and daily cash bonuses, to keep their ‘biggest losers’ hooked.

The chairperson of the  of the all-party parliamentary group on gambling, Labour member of parliament, Carolyn Harris, commented: “Devious deals and deception are at the heart of this industry. The more you look the more you find. For too long the actions of this industry have gone under the radar and the Gambling Commission are complicit.”

“They have allowed these kind of Machiavellian dealings to go on unhindered. I urge them to tell MPs who owns Betway so they can be held to account.”

With former Tory leader Iain Duncan Smith also pitching in with his five cents, stating: “The Gambling Commission should now come clean. It’s important to know who profits when gambling companies encourage problem gamblers to bet, leaving a wake of destroyed family lives behind them.”

In response, a spokesperson for Betway, said: “As a responsible, licensed operator, all of our regulators are provided with the details of our ownership, as is required by law. Betway is fully tax compliant in all jurisdictions and we pay all taxes due.”

With the Gambling Commission commenting: “We expect applicants for licences to provide us with all the information we need in order to determine whether or not they are suitable to hold a licence.”

“When considering the suitability of an applicant, the commission has regard to the following elements and seeks evidence to support and enable an assessment to be made against each one: identity, ownership, finances, integrity, competence and criminality.”