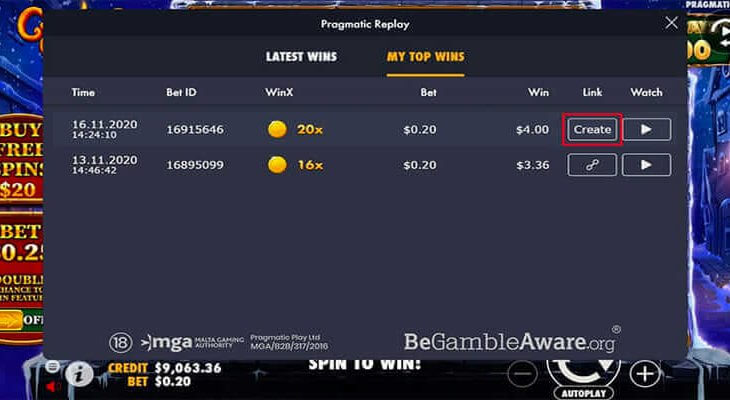 The Malta based casino game studio Pragmatic Play who throughout last year released up to five new slot games a month, have today announced the launch of a new feature to be incorporated into their games. Titled ‘Pragmatic Replay’ the new feature  is a function that allows players to generate replays of their top 100 wins and further share them on their favourite social media platforms.

This new engagement feature is now available to use by players throughout Pragmatic Play’s slot portfolio of games, with Yossi Barzely, Chief Business Development Officer at Pragmatic Play enthusing: “We’re constantly striving to look for new ways to generate exciting experiences for our players and we’re thrilled to launch Pragmatic Replay.”

“With players engaging with the community more than ever before, creating tools that allow them to share their biggest highlights will bring players closer together as they celebrate each other’s great moments.”

Currently Pragmatic Replay is available on the several of the most popular games developed and released by Pragmatic Play, to include Wolf Gold, Book of Tut and The Dog House Megaways, with plans in place to extend the feature to many more video slots which feature in their portfolio.

The Pragmatic Replay feature can be launched by clicking the “Replay” icon positioned in the top right corner of the slot. With this feature, users can see replays of their winning rounds over and over again. They can either replay their latest wins or their best wins. The player’s balance is removed to guarantee anonymity and authenticity of the replay is secured through a “Replay” sign.

For players who want to see how Pragmatic Replay works for themselves, check out these accredited Pragmatic Play casinos here on Casinomeister, to include Rizk Casino of which we recently updated the Rizk Casino Review.