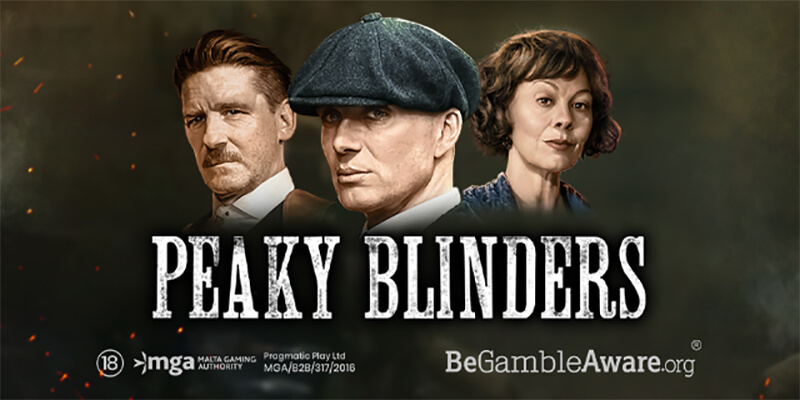 Casino game content creator Pragmatic Play have unveiled their first ever branded slot with the release of Peaky Blinders, based on the popular British crime drama television series which follows the exploits of the Shelby family, set in the direct aftermath of the First World War.

The Peaky Blinders slot has been produced by Pragmatic Play in partnership with Endemol Shine and also in conjunction with Peaky Blinders brand owner and producer Caryn Mandabach Productions.

A 5 reel, 3 row slot with 20 paylines in play, the slot has a reported RTP of 96.5% and depicts characters and locations from the television programme. Packed with both features and modifiers, players will look to reach the “By Order Of The Peaky Blinders” or the “Shelby Betting Shop” modifiers to shoot for big wins, either of which can land on any spin.

With the “By Order Of The Peaky Blinders” modifier, all Character and Wild symbols remain sticky on the reels, before activating a Respin. They will then transform into a singular random character, triggering huge payouts.

The Shelby Betting Shop bonus can also land on any spin, giving cash values for all Character symbols which land, before accumulating the total for big wins.

Speaking about the release of Peaky Blinders, Pragmatic Play’s Melissa Summerfield who is the casino software company’s Chief Commercial Officer, said: “Peaky Blinders marks our first branded title, in partnership with Endemol Shine, and we are proud to release a game based on such an iconic series.”

“It has been very exciting developing content around such an established TV franchise, and we look forward to seeing how it is received by our fans across the globe. This is not one to miss!”

Throughout 2020 Pragmatic have been committed to releasing four new slot games a month, in addition they are also behind the popular Social Tournaments, where Casinomeister Forum members are able to take part in exclusive competitions.

About the Author... Total Posts Written: 778