The United Kingdom’s Gambling Commission has, today announced that Paddy Power Betfair are to pay a £2.2m penalty package for “failing to protect customers and stop stolen money being gambled.”

After the Gambling Commission conducted an investigation, they found that Paddy Power Betfair had failed to adequately intervene when players displayed clear signs of problem gambling at their site, while also failing to carry out sufficient anti-money laundering checks.

In the Gambling Commission’s press release, they stated:

Two of the customers were using PPB’s betting exchange and a further three were gambling using the operator’s online presence and retail premises.

The Gambling Commission Executive Director, Richard Watson said: “As a result of Paddy Power Betfair’s failings significant amounts of stolen money flowed through their exchange and this is simply not acceptable. Operators have a duty to all of their customers to seek to prevent the proceeds of crime from being used in gambling.”

“These failings all stem from one simple principle – operators must know their customer. If they know their customer and ask the right questions then they place themselves in a strong position to meet their anti-money laundering and social responsibility obligations.”

The £2.2m fine is made up of a £1.7m payment (in lieu of a financial penalty) and a divestment of £0.5m – the money received as a result of allowing problem gamblers to gamble.

The anti-money laundering aspect of the investigation found that Paddy Power Betfair allowed two customers to gamble significant sums of money on Betfair’s exchange back in 2016. One of the customers was found to have stolen money from the charity he worked for, and as part of the settlement agreement, Paddy Power Betfair will return this money to charity.

The failings that allowed these two players to spend stolen money included “not identifying and interacting with customers showing signs of problem gambling on numerous occasions and a lack of robust AML checks for both customers.”

The responsible gambling failures were attributed to poor source of wealth and social responsibility checks on players. As a result of this, Paddy Power Betfair have brought in new procedures to ensure it doesn’t happen in future.

“PPB acknowledge that certain policies in force at the relevant time were ineffective. It had already evolved those policies, and that process remains ongoing.

PPB recognises there have been considerable learnings from these cases and has invested in improving its AML and responsible gambling processes. PPB is also committed to working with the industry to raise standards, particularly in relation to safer gambling.”

Who Wants to be a Millionaire Megapays Pays Out Over €1M 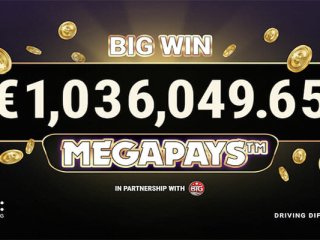 After an assessment of their business by the Gambling Commission, White Hat Gaming have to pay a £1.3m regulatory settlement 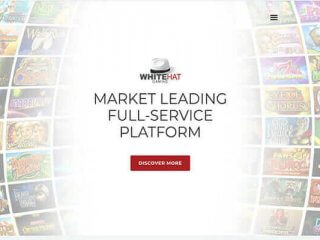