Nolimit City Strengthen their Position in Denmark with Videoslots 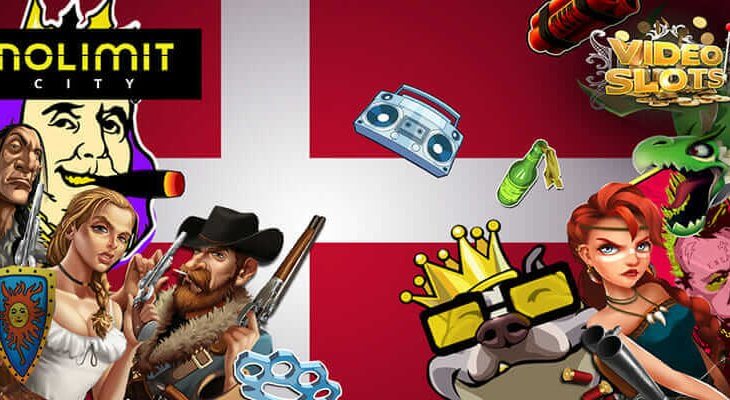 The Malta, Sweden and India based casino game developer and iGaming platform provider Nolimit City, have strengthened their position in the regulated territory of Denmark thanks to their partnership with the Casinomeister accredited online casino Videoslots.

Videoslots becomes the second such online casino operator that provides to their player base games from Nolimit City to enter the regulated Danish market, which will now see Danish players to enjoy games such as Deadwood which have been developed and produced by Nolimit City.

Videoslots was founded by a group of Swedish casino enthusiasts back in 2011 and has since become one of the more reputable and well-known operators in the industry.

One of the reasons for this is their vast selection of games, as they’re currently offering their players 4900 slots to pick from. Also boasting several tournaments and player events that have since captivated their player base and cemented them as one of the online casino leaders in the world.

For further information you can also check out our Videoslots review here on Casinomeister and should you so wish, you can try them out yourselves by clicking here.

The partnership between Nolimit City and Videoslots is a testament towards a fortified relationship which is blossoming into further growth. Having gone live together since 2018, and enjoyed continued growth, the Videoslots now hopes to launch Nolimit City content across all regulated markets in months to come.

Danish players will get to enjoy classic titles such as Deadwood, Punk Rocker, Tombstone and new instant hits like San Quentin xWays and East Coast vs West Coast on the operator’s premium site. Videoslots themselves back in 2019 were awarded the prestigious Casinomeister ‘Casino of the Decade’ Award. This was on the back of picking up no less than four individual Best Casino awards in the preceding ten years.

Malcolm Mizzi, Commercial Director at Nolimit City, said: “Videoslots and Nolimit City have enjoyed a strong partnership for over two years now. It’s a partnership that we’ve been very happy with so far and it’s exciting to see us both entering a new jurisdiction together, which for us also means a stronger foothold in the Danish Market, which we value deeply.”

William Ahlberg, Head of Casino at Videoslots, added: “Videoslots and Nolimit City has had a stellar partnership for almost two years now. We’re both happy and thrilled to enter the Danish market with our partner and will hopefully get to cut the ribbon on more markets together ahead.”