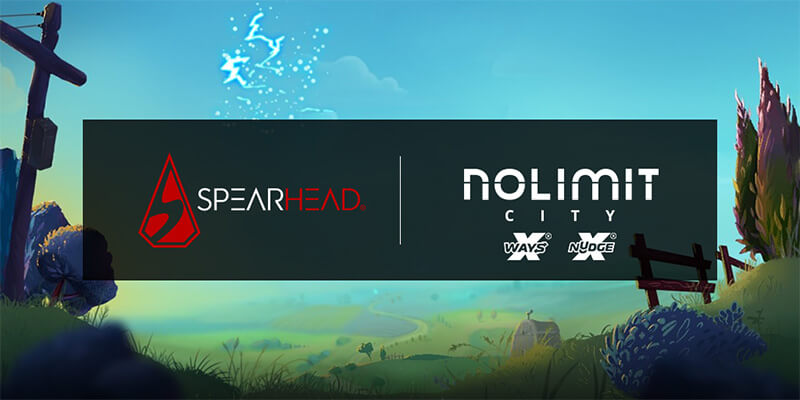 Announcing the very first of its kind external trademark deal, Nolimit City have announced  the distribution of its proprietary mechanics, xWays® and xNudge®, now being made available to EveryMatrix’s own in-house games hub, Spearhead Studios.

The deal will see Nolimit’s IP represented on a new game published by Spearhead Studios, aiming to showcase both mechanics combined in one action packed slot game, slated for October this year.

Mathias Larsson, Managing Director of Spearhead Studios, comments: “Both xWays and xNudge concepts are fantastic features that bring out a new level of exciting game play. We’ll be combining these two mechanics with a classic “Book” game, and we are certain this will turn into our flagship game of the year.”

The xWays® mechanic, known for increasing the reel set thanks to landing one or several xWays symbols, increases the amount of total ways in the entire reel set with every symbol expansion. xNudge® is a nudging-wild with increasing win multiplier with every nudge. Both mechanics combined can whip up monumental wins and will make room for some incredible gameplay.

Malcolm Mizzi, Commercial Director at Nolimit City, says: “We’re over the moon with this announcement. This partnership has solidified the impact that our inhouse trademarked mechanics have in the industry and we’re immensely proud of the achievement.”

“Having an ambitious upcoming studio like Spearhead represent our xNudge® and xWays® mechanics, breaths room for more innovation and unique twists on the two combined! We’re eager to witness what others have in store for them.”