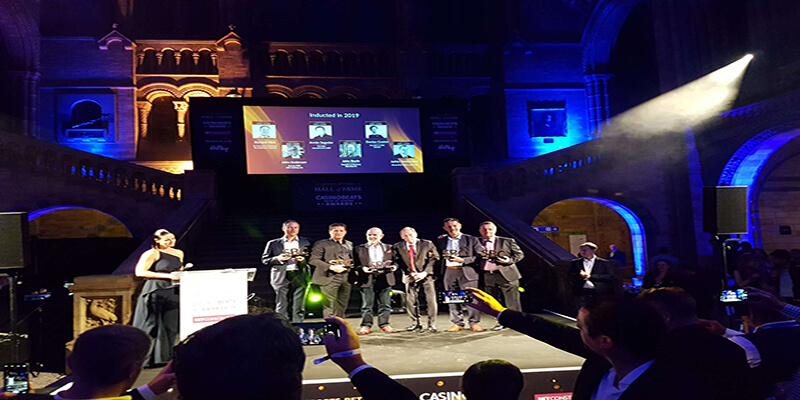 Last week saw the Betting on Sports and CasinoBeats Summit being held at Olympia London, which culminated on the evening of Thursday 19th September, at a lavish ceremony held at London’s Natural History Museum, which saw six more individuals inducted into  the Sports Betting Hall of Fame.

The Sports Betting Hall of Fame was launched three years ago by SBC Events, back in 2016, to recognise industry pioneers who have contributed to the industry, leaving a lasting legacy in the process.

The event last Thursday was attended by approximately 1000 guests, representing a who is who of the iGaming industry ( Including the Casinomeister ), all gathering to celebrate this year’s inductees.

The individuals who were being inducted to the hall of fame this year and joining the likes of Chris Christie the former governor of New York and Fred Done of Betfred, were:

The consideration of inductees to the Sports Betting Hall of Fame is based on outstanding service and contributions to the industry.