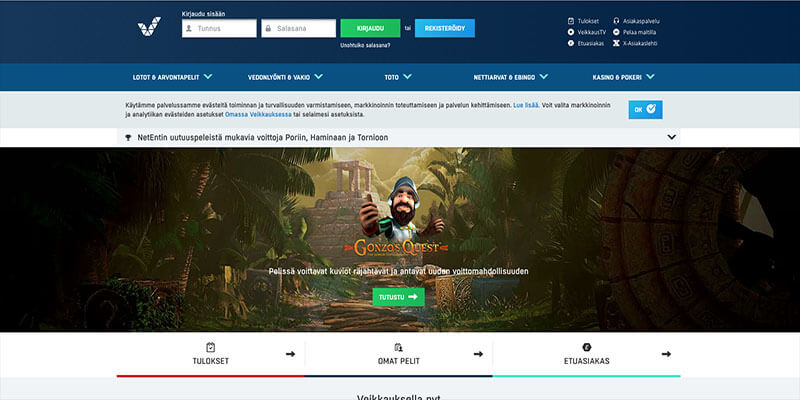 Popular casino software developer NetEnt have announced a partnership with Finland’s state owned Veikkaus, which will see their games showcased on their platform. Veikkaus, who are the largest and only licensed gambling operator in Finland both offline and online.

More about Veikkaus for those of you who are not aware of them. Veikkaus is a company owned entirely by the Finnish State and one of the ten biggest companies in the country in terms of turnover and profit. The company’s turnover amounted to EUR 3 231 million in 2017, of which  42 percent came from the digital channels.

Veikkaus’ games can be played in its online casino, at thousands of points of sale all over Finland, in numerous game arcades and Casino Helsinki. Veikkaus has more than two million registered loyal customers, which accounts for 45 percent of adult Finns.

The entire profit from Veikkaus games, some EUR 1.2 billion a year, is used for the benefit of people living in Finland. Veikkaus has thousands of beneficiaries all over Finland and employs some 2000 professionals in the  gambling and digital industries.

NetEnt should of course need no introduction to members of the Casinomeister forum, with the Swedish developer being responsible for popular online slot games such as DoA and the subsequent sequel DoA2, which was released earlier this year.