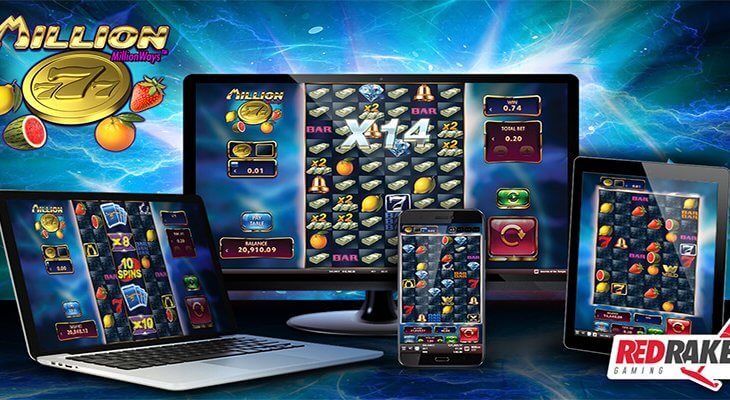 Casino software company Red Rake Gaming who operate out of Valencia in Spain and from the Mediterranean island of Malta, have announced the release of their latest online video slot game titled Million 777.

Million 777 is a 6×10 video slot with 1 million ways to win, with Million 777  taking  all the features from Red Rake Gaming’s Million 7 video slot. In addition an exciting mini-game has been added to Million 777, where players can win up to 300 times their bet and increase their winnings with the Minor, Major and Grand wins.

Another new feature of this latest game is the multipliers, which enable players to multiply their wins by up to 10. This new game has just been launched today, 29th October, with all Red Rake Gaming operators and will also be included in the tournament tool from the well-known game developer, with Red Rake Gaming hopeful that Million 777 will be a hit with players.