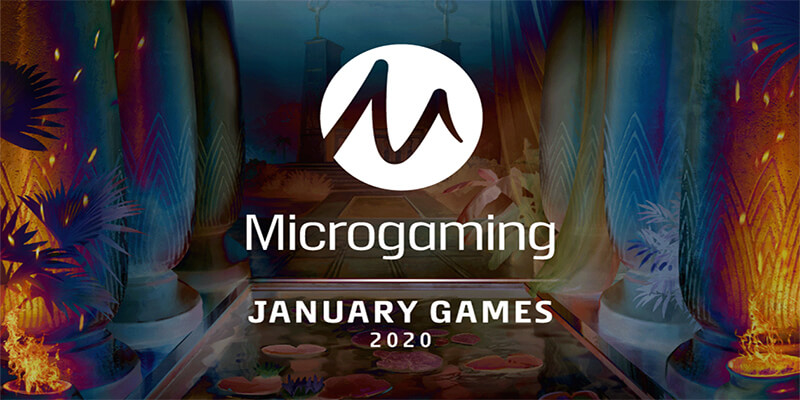 Microgaming have announced plans to launch several new games throughout January, as they look to kick on in 2020 with exciting new slot titles, which they hope will appeal to players.

During January thanks to their link up and partnerships with several independent casino game studios, Microgaming will be releasing no less than four new slot game titles, which will become available at all those online casinos which carry their portfolio of games.

The first game to be released is an Egyptian themed slot game in the form of Book of Atem, which went live yesterday, on 7th January 2020. Developed exclusively for Microgaming by All41 Studios, Book of Atem is a five reel slot, incorporating ten paylines, which features free spins and expanding wild symbols. Book of Atem also has a potential maximum win of 5,000 times your bet stake.

The second game up for release is developed exclusively for Microgaming, by the independent studio, Just For The Win, with the Asian themed slot machine, Double Lucky Line. A 17 payline slot that plays over five reels, Double Lucky Line is scheduled to go live on 14th January 2020.

Third up is a safari themed slot, developed exclusively for Microgaming by the casino game developers Triple Edge Studios. The safari inspired slot is called  African Quest and is a five by four reel slot machine, that has 1,024 ways to win and incorporates Microgaming’s strategic paid respin mechanic, Hyperspins. African Quest is slotted in for a go live date of 21st January 2020.

Rounding up the month of slot game releases is The Incredible Balloon Machine™ by Crazy Tooth Studio. This slot game goes live on the 28th January 2020 and this innovative game featuresWiNCREASE™, multipliers up to 10x, and a rewarding Pick Bonus feature, in which players can inflate colourful balloons against a dreamy sky to reveal lofty rewards – provided they collect them before the balloons pop!

Commenting on the new games set to unveiled by the Isle of Man based casino software company, James Buchanan, Microgaming’s Director of Global Operations, said: “Microgaming’s January titles are representative of the variety and quality that will be rolled out throughout 2020. The mechanics of these feature-rich exclusive games combine with innovative new designs to create a thrilling gameplay experience for all players.”

“The year ahead is shaping up to be very exciting as we add new games to Microgaming’s progressive jackpot network, take on new adventures with some of our favourite characters, and continuously debut exclusive games with new and dynamic themes.”