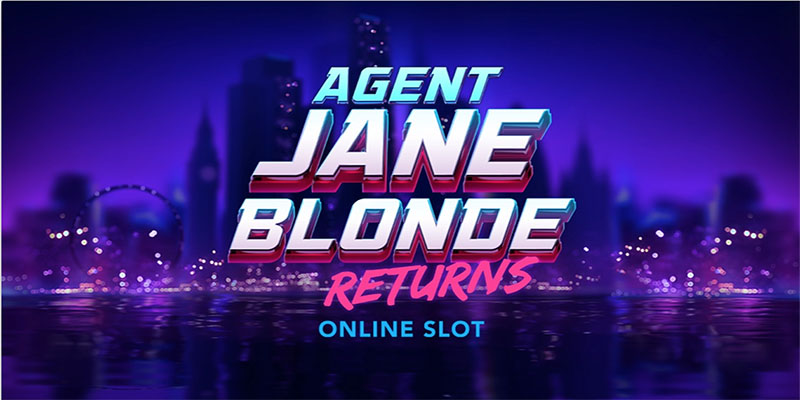 Isle of Man based Microgaming have announced the release of the highly anticipated slot game, Agent Jane Blonde Returns, which players can find at all online casinos which carry Microgaming games.

Agent Jane Blonde Returns is the long awaited sequel to the popular 2005 Agent Jane Blonde, which over the past fourteen years has proven to be a hit with players that play online.

Developed exclusively for Microgaming by Stormcraft Studios, Agent Jane Blonde Returns is a 5 reel, 15 pay line slot machine, the development of which was first announced back at iGB Live! 2018. Where tantalising previews of the game were showcased at Microgaming’s stand at the Amsterdam event, which was held in July of last year.

Speaking of the release of the game, David Reynolds, the Game Publisher of Microgaming said: “Agent Jane Blonde Returns marks a victorious comeback for Microgaming’s celebrated superspy. Stormcraft Studios have excelled in delivering a stylish slot experience, offering new and returning players the chance to dive undercover alongside our leading secret agent for a rewarding new adventure. High-action gameplay is enriched with lavishly designed graphics and a breathtaking synthesizer soundtrack, which dynamically alters to enhance the heightening drama.”

Whilst Terence Igesund, Executive Producer at Stormcraft Studios commented: “So much has changed since Agent Jane Blonde was created in 2005, and we are thrilled to be bringing her out of retirement in this carefully crafted and beautifully realised game. Agent Jane Blonde Returns is all about action, with the high frequency of the feature ensuring an elevated level of entertainment for both new and advanced players. The user experience is very important to us at Stormcraft Studios and we focus on ensuring that synergy is achieved between the mechanics and the audio-visual experience of the game. We are looking forward to sending Agent Jane Blonde out on her new mission.”