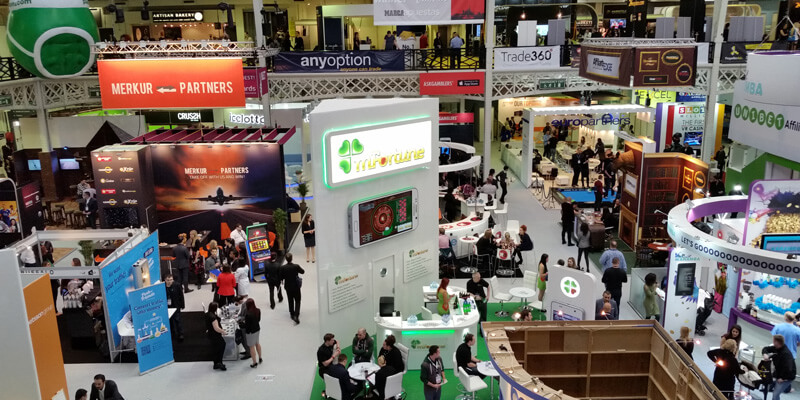 Megaways is a phrase that’s dominated the online gambling industry over the past year or so. A quick browse through the Casinomeister forum will showcase a plethora of threads talking about Megaways (or at least games that use the technology), and this creation from Big Time Gaming has truly changed the face of video slots.

In this guide, we’re going to be taking a look at what Megaways are, how they work, and we’ll also look at some of the most popular Megaways slots released from Big Time Gaming, and Blueprint Gaming (the latter of which was made possible thanks to a licensing agreement.)

Megaways slots do away with paylines, instead, paying for all symbols that line up on adjacent reels. Take a look at what Big Time Gaming describe them as:

“Each of the six reels are dynamic, which means there’s a different number of symbols on each reel for every spin. Game play varies with every play, creating a different array of symbols in each individual reel. The symbols are multiplied across the reels to create the MEGAWAYS™ to win, and any adjacent symbols from left to right multiply for massive win potential.”

Now, you may be thinking that – due to the nature of Megaways – each spin takes slightly longer than you would find on a regular slot, but thankfully, this couldn’t be further from the truth. While a few of BTG’s slots have suffered, in the past from small lag issues, generally it’s not problematic to players…

And this is quite astonishing, given that there’s so much going on in Megaways slots!

Some of BTG’s Megaways slots also utilize additional extras. For example, Queen of Riches combines Megaways with cloned reels, which allows for some truly insane win-potential. Another game, Bonanza, combines Megaways with rolling reels (reactions), to do away with old symbols, and have new ones dropping into their place all in the same game round.

Below, we’re going to take a look at some of the Megaways games released by Big Time Gaming, and, later, Blueprint Gaming.

As the pioneer of the Megaways mechanic, Big Time Gaming certainly have a lot to live up to – and as you’ll see below, they haven’t disappointed. Let’s look at three of BTG’s most popular Megaways games.

Bonanza is easily Big Time Gaming’s most successful release to date, and while it wasn’t the first of their games to feature the Megaways mechanic, it’s become the best-known example of it. Each spin sees 6 reels spin with up to 117,649-ways to win, and it also features rolling reels, which means that symbols are replaced when making a win, with new ones dropping in to fill their place. The most exciting element of the game however, is the free-spins feature, and this is triggered by landing GOLD on screen. This awards you 12 free-spins, and during the spins, each win increases a multiplier by 1. This multiplier doesn’t reset, meaning it’s possible to reach multipliers as high as 20X or even higher. Get a large number of Megaways at this level of multiplier, and you can be in with the chance of hitting MEGA wins!

Extra Chilli was the long-awaited follow up to Bonanza, and while the game is – theme aside – pretty similar, it has a couple of major differences which affect the gameplay. The first of these, is the gamble feature, which essentially lets you choose your own volatility of the free-spins games. Landing 3 of the scatter symbols awards you with 8 free-spins, and you can choose to either take these, or gamble them up to 12. At 12, once again you have the option to take the spins, or, if you prefer, you can gamble up to 16. Until this point, a lost gamble results in no spins. From 16 onwards, you can gamble up to 20, and 24, although losing the gamble will award 8 and 12 free-spins respectively. Another key difference in Extra Chilli, is the Feature Buy and Feature Drop additions. The Feature Buy allows you to directly start the feature, for a cost of 50X your stake. The Feature Drop feature ties into this, and sees gold coins drop onto the reels, which gradually lower the cost of buying the feature.

Dragon Born was Big Time Gaming’s first Megaways slot, and it was first released way back in 2015. While the game is pretty simple in nature, the free-spins round (as is the case with BTG slots) is where most of the potential lies, and it’s triggered by landing three or more of the diamond symbols. During the bonus, the reels are expanded to the full maximum number of ways, and this is where the massive wins can be found. Land extra diamond scatter symbols to win an extra free spin.

Blueprint Gaming were the first company that BTG licensed their Megaways mechanic too – and the UK-based game developer has wasted no time in putting the engine to good use. Below, we’re going to look at three of the most successful and popular Blueprint Gaming slots to utilise the Megaways engine.

Diamond Mine was Blueprint’s first game to utilise the Megaways facility, and while the game is – pretty much – a complete clone of BTG’s Bonanza, there is something a little different that’s worth taking into account. On any spin during the base-game (and within the bonus, if you’re lucky), you’ll’ see barrell symbols appear. Once the spin has finished, all of the barrels on screen will transform into the same symbol, and this gives you the chance of landing some pretty healthy-sized wins! Players also report that landing the bonus in Diamond Mine is easier than in Bonanza – though it’s worth noting that there’s no actual proof of this, and it’s nothing more than player speculation.

One of Blueprint’s newest releases, Primal Megaways has one of the most exciting bonus rounds from Blueprint to date, with up to a 1,024X multiplier possible. The free-spins bonus is triggered by landing 3 or more of the scatter symbols anywhere in view, and during the bonus (like we’ve seen in WMS’ Raging Rhino), any wild symbols that land in view have a multiplier of at least 2X. This can range as high as 6X, and all wilds multiply against one another, offering up some massive win-potential. There’s also a free-spins guarantee, so if you win less than 10X your stake, you’ll be awarded an additional 10 spins. There’s no limit on how many times this can happen.

Genie Jackpots Megaways was one of the most anticipated slot releases of last year, and the attention it received was, for the most-part, deserved. Genie Jackpots is one of Blueprint Gaming’s most successful – and popular – releases, and the Megaways version is packed with even more exciting features. A plethora of random in-game bonuses ensure continual action, and landing the main bonus feature awards one of four different bonuses; locking wilds, mystery wishes, unlimited multiplier free-spins, and the genie streak. It’s also possible to buy the bonus, for a total cost of 100X your stake.

What Does The Future Hold?

It’s clear that players loving Megaways slots. The high-volatile nature of the games makes them ideal for those in search of big wins, and the millions of potential screen layouts mean that spins are rarely the same, offering up some exciting gameplay.

We’ve already heard that Big Time Gaming have also licensed the Megaways engine to Red Tiger Gaming and a smaller developer, and it’s likely we’ll see titles continue to be released using the engine, at least while it remains so popular.

Big Time Gaming themselves also appear to be continuing their development of slots using the Megaways format, although it remains to be seen as to whether their upcoming sequel to Danger High Voltage will utilise Megaways or not.