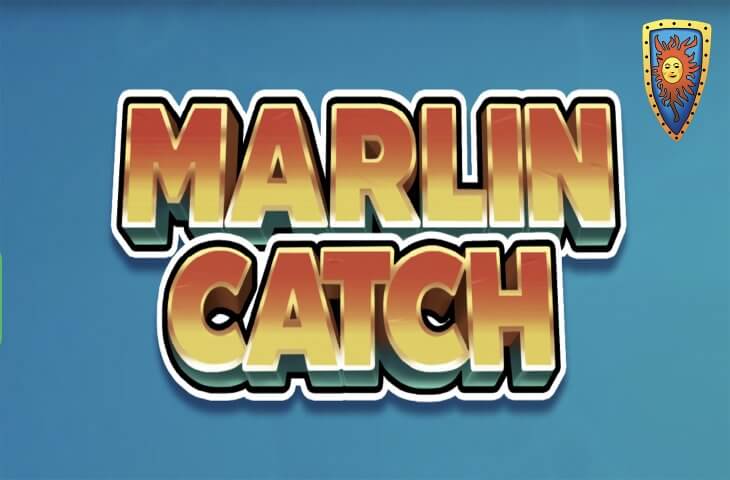 The casino game studio are inviting players at those online casinos which feature their game content to grab their tackle box and set out on an exciting new underwater adventure in Marlin Catch.

Played out on a 5×3 reel matrix that features 10 fixed paylines, this fun, fishing-themed slot sees players attempt to reel in a maximum prize of 25,000x their stake with the help of Free Spins and sticky wilds, while a classic gamble feature is also available to help them boost their base game wins.

Set to a backdrop of deep blue seas, the game challenges players to seek out the elusive marlin by matching a series of high value icons that include lures, fishing rods, corals and lifebuoys. These unique symbols can all appear as full reel stacks, making it far easier for players to hit multiple payline wins.

In addition to its regular base game symbols, Marlin Catch also boasts substitute wilds and scatters; both of which combine to great effect in the slot’s main bonus feature. Activated whenever three, four or five scatter symbols appear in a single spin, players will be rewarded with 10, 15 or 20 Free Spins respectively as they’re transported to a new set of reels that hold even greater prize potential.

When the feature begins, the reels will plunge deeper beneath the waves as the background darkens and glowing lights illuminate the screen. Now any wild symbols that land during Free Spins will stick in place for the next round, with a subsequent wild also increasing the multiplier value of all previously held wilds.

In this manner, it’s possible to boost the multiplier of all sticky wilds up to an incredible 7x. Should no subsequent wilds appear on a spin, the multiplier value of all previously held wilds will decrease by one or become non-sticky on the next round if all multipliers have already been removed.

During the Free Spins, an additional “collection bar” will also appear above the reels. This bar will fill up by one space whenever the new collector symbol appears anywhere in view, with Free Spins being re-triggered every three spaces.

Not only that, but each time the feature is re-triggered, players will benefit from an additional multiplier on all subsequent wins that can increase their prize by up to 10x.

As a final hook for players, Free Spins can be purchased directly using the Buy Bonus option and all wins can be boosted in Marlin Catch’s gamble feature. In the latter mini-game, players will be asked to guess the colour or suit of a card, with correct picks doubling or quadrupling their win respectively.

Olga Bajela, the Chief Commercial Officer at Stakelogic said of Marlin Catch: “Boasting Free Spins, sticky wilds and maximum wins of up to 25,000x the selected stake, we think our new Marlin Catch slot is really going to make a splash with players – the only trouble is, they’re going to need a bigger boat to reel in all those multipliers!”

You can try out Marlin Catch first hand at the likes of SlotsMillion and Videoslots, both of which are accredited here on Casinomeister.