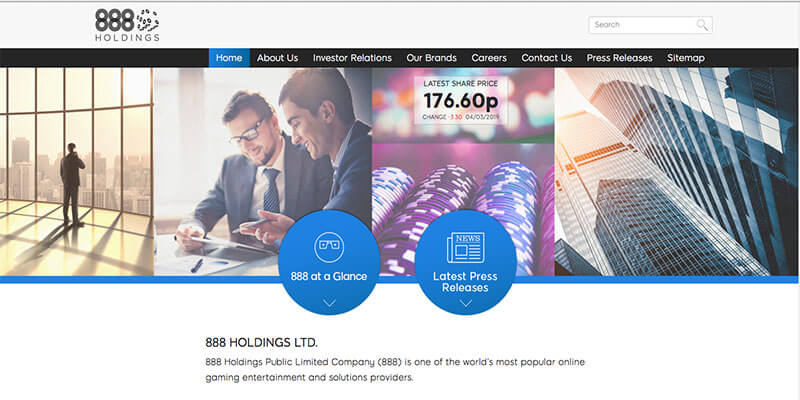 888 Holdings the owners and operators of the 888 online casino brand among many others, have announced the appointment of Lord Mendelsohn as Non-Executive Director and Chair Designate with immediate effect.

Created a life peer back in 2013 as Baron Mendelsohn of Finchley, the Labour politician who has represented the party in the House of Lords as their  Business and International Trade spokesman, has also in the past been a lobbyist and spokesperson for the now defunct Party Gaming ( Party Gaming having since merged with BWin and now forms part of GVC Holdings ).

According to the notification that 888 Holdings have published to the Stock Exchange, Lord Mendelsohn has been appointed after “an extensive search process conducted by the Board’s Nominations Committee as part of the Group’s succession planning.”

Following a handover period to ensure a smooth transition of responsibilities, Lord Mendelsohn will succeed Brian Mattingley as Chairman of the Board when Brian Mattingley stands down from the Group at the next Annual General Meeting in May 2021.

Speaking about his appointment, Lord Mendelsohn said: “I am very excited to join the Board of such a world-class gaming operator. 888 is a company that I have long admired during my more than 20 years working with companies in the gaming and gambling industries.”

“The Group has a number of very exciting opportunities and I am looking forward to working closely with the Board and the management team to continue to deliver the Group’s growth strategy and generate further stakeholder value.”

While outgoing Non-Executive Chairman Brian Mattingley who Lord Mendelsohn will replace, stated: “We are delighted that Jon has accepted the offer to join the Board and become the next Chair of 888. Jon has tremendous knowledge of the global online gaming industry, extensive deal-making experience and fantastic leadership qualities.”

“I am very confident that the Board will benefit significantly from Jon’s vast understanding of our sector as the Group continues its exciting long-term development.”

“It has been a great privilege to Chair 888 and serve its stakeholders during more than 15 years with the Group. I am personally very pleased that someone of Jon’s experience and calibre will succeed me as Chair and I look forward to working closely with him over the coming months.”