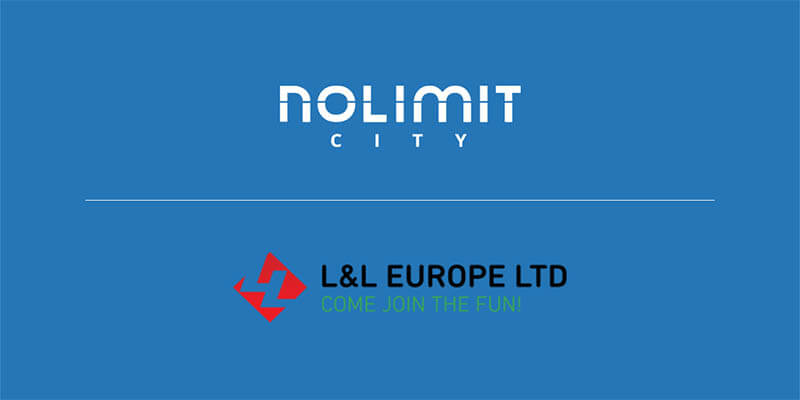 Continuing with a great start to April, Nolimit City are back with a new deal announcement thanks to their latest partnership with the multi-brand casino veteran L&L Europe Limited, who own and operate Casinomeister Casino of the Year, All British Casino.

A deal that comes with more than a few wins for the Malta based supplier, L&L Europe are present in multiple regulated jurisdictions, including Sweden and the United Kingdom, and are incredibly dedicated to their craft of developing a second to none user experience to their loyal player base.

L&L Europe host some of the most well-known and reputable supplier names in the casino business and have always retained that they choose quality over quantity. The two have partnered up following the success of Nolimit’s recent titles along with a few other classics that have since grown in popularity in the Casino community.

L&L Europe operate a multiple stand-out sites such as Allbritishcasino.com, Funcasino.com and Karlcasino, amongst several others and will be launching some of Nolimit’s strongest titles including staples such as; Punk Rocker, Barbarian Fury, Hot Nudge, Tombstone and Dragon Tribe to name a few.

Malcolm Mizzi, Commercial Director at Nolimit City, said: “We’re excited to finally be partnered up with the likes of L&L Europe who have a strong work ethic and are renowned for being actively present in most leading player forums where they ensure the best player experience on their sites.”

Jan Wienk, Marketing Manager at L&L Europe, added: “The number of game providers these days are insane, it is really hard to distinguish the good and unique guys from the average. Our portfolio of games is well balanced, we offer the best names known from the brick and mortar casinos combined with the best from online gaming.”

“It was the release of Tombstone and Hot 4 Cash when I started following Nolimit City. But when they released their masterpiece Punk Rocker, I was sold. I’m happy we’ve now partnered with Nolimit City and are looking forward to be able to offer our customers more great and unique content from them in the future.”