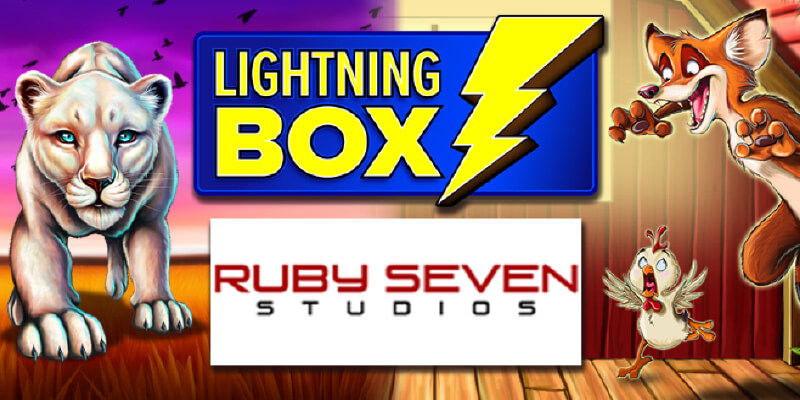 Specialist slots provider Lightning Box has agreed a deal with Ruby Seven Studios to supply the North American social casino gaming company with a range of its top performing games.

Michael Carpenter, CEO at Ruby Seven Studios, commented: “We are truly pleased to offer this talented team’s exciting games into all of our casino partner apps and websites.”

Peter Causley, CEO and co-founder of Lightning Box, said: “I met Michael six years ago in San Francisco @GiGse and after many twists & turns for both of our businesses, it is great that we’re finally working together.”

“I’m confident the two games that are due to go live with them later this year, Chicken Fox and Silver Lioness 4x, will prove equally as popular as the other games we have launched in North America and continue to expand our operations there.”