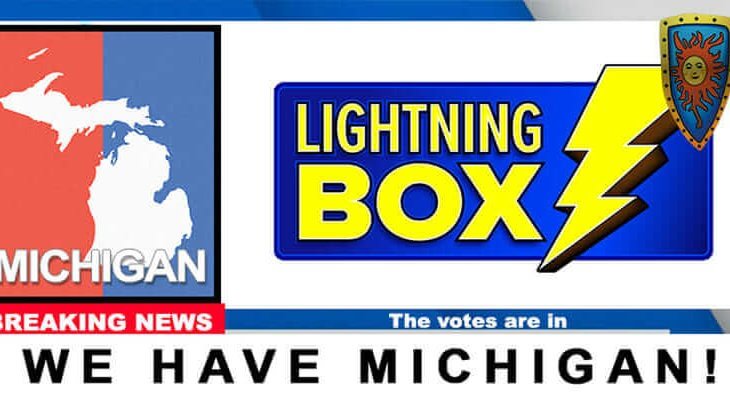 The Sydney based casino game studio Lightning Box who are behind the creation of online slot games such as Bondi Break, Kalahari Safari and Lightning Leopard, have announced they have gone live in the regulated US state of Michigan, with their distribution partners SG Digital.

Lightning Box who are headed up by Chief Executive Officer Peter Causley, were established back in 2004 and during the past 16 plus years have continued to evolve and adapt to technological changes, which sees them each year introduce several new innovative casino games to their portfolio of content available.

Indeed among the online casino reviews which we feature here on Casinomeister, there are an ever growing number of online casino operators which add Lightning Box and their games to the game content they carry and offer to their players. Standouts for consideration if you are looking to try out any of their games, include the likes of Videoslots, Betsson Casino and Rizk.

Going back to the news that they have gone live in the state of Michigan, the Australian supplier has rolled out three of its most popular slots with BetMGM, Golden Nugget and Rush St in the Great Lakes State. These are the online slot games Chicken Fox, Lightning Horseman and Lightning Leopard.

Lightning Box went live in Pennsylvania in November 2020 and has featured with several online casinos in the state of New Jersey via Amaya since 2014, having attained a well-deserved reputation for developing content for U.S. land-based operators.

Peter Causley, CEO and co-founder of Lightning Box, said: “We are pleased to have met the requirements in Michigan, particularly with other states looking to legislate. Michigan is a significant state, not only due to the size of its potential audience but because of the importance of its tribal gaming community. It may well prove to be something of a case study across the rest of the country as a result.”

“We have earned our spurs across social, land-based and online casino in the U.S. now, as well as across the border in Canada, and we’re excited about the other opportunities opening up.”