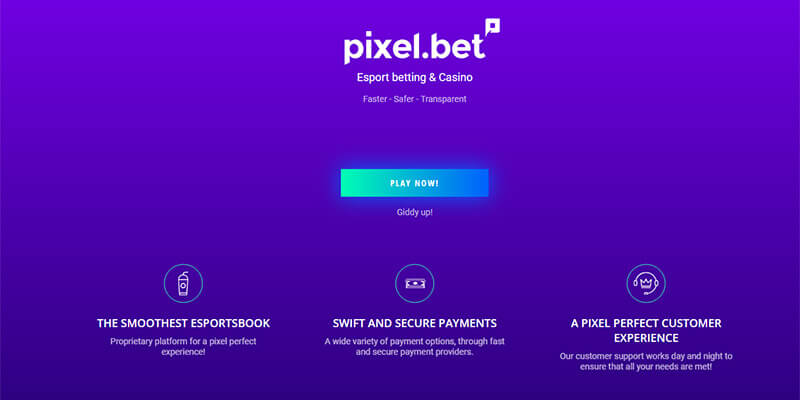 LeoVegas-owned ‘Pixel Digital’ have just been awarded a license from the Swedish Gambling Authority – allowing them to offer online casino and sports betting services to players based in Sweden. The LeoVegas Group already possess a license for their own site, and this is the second license they’ve been awarded from the Authority. Pixel.bet is set to launch to Swedish players any day now.

The new offshoot from LeoVegas looks to offer Swedish players a number of betting facilities, including eSports, casino, and live casino options. The company was acquired by LeoVegas back in September 2018 for a total cost of $1.7m.

The new site is set to focus primarily on Swedish players, but it will also target some of the other Nordic markets, and this will become significantly easier if and when the site manages to acquire more gambling licenses from the relevant regulators.

Eirik Kristiansen, the current CEO at Pixel Digital, said: “With this license we gain the opportunity to offer our product and passion for esports betting to the Swedish market. This springboard in Sweden will also position us for continued expansion internationally.”

LeoVegas CEO,Gustaf Hagman, said: “During a year of focus on strong growth but also on cost efficiency, it is inspiring to see pixel.bet is developing well and that we can benefit from our economies of scale with the sharing of resources and knowledge between our companies.”

The launch comes at a time where LeoVegas have been seen to be struggling – and just a few weeks ago, LeoVegas made the decision to push back its financial target, to 2021. This is despite the fact that they managed to consolidate revenue growing 51%, year-on-year to €327.8m in 2018.

Still, it’s clear that LeoVegas are hoping the launch of pixel.bet will be a valuable addition to their portfolio – and we’ve seen them achieve high levels of success in the past with acquisitions. Casinogrounds – a popular streaming community – was one such example, that was sold to LeoVegas in a million-dollar deal.