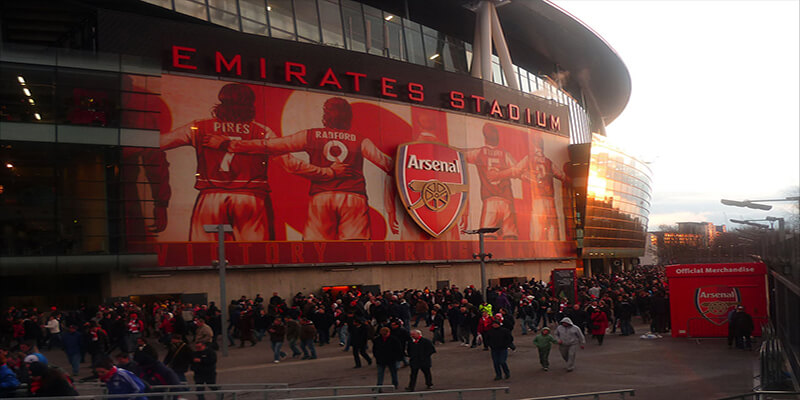 Ladbrokes have reduced the odds significantly on Arsenal manager Unai Emery not lasting out the 2019/2020 season, after the gunner’s poor performance on Sunday against Watford, which saw Arsenal squander a 2 goal lead, to draw 2-2 at Vicarage Road.

Emery who replaced Arsenal legend Arsene Wenger in the hot seat at the Emirates for the start at last season, is now just 6/4 with Ladbrokes to be sacked before the 2019/20 campaign finishes in May.

Replacing Wegner was always going to be a hard challenge however, though last season Emery seemed to have at least curried favour with fans of the north London club, finishing in 5th place in the Premier League, just one point behind arch rivals Spurs. There was also a European final to celebrate, after Arsenal got to the final of the Europa League, only to be defeated by fellow London club, Chelsea, in Madrid.

The start to the 2019/20 campaign for Arsenal started well enough, but when they came up against  European Champions Liverpool at Anfield on the 24th August, they succumbed to a 3-1 defeat. This was followed by the visit of Spurs prior to the international break and after going 2 down, they managed to claw their way back into the game and gain a credible draw, with the match finishing 2-2.

But Ladbrokes are now more convinced that Emery’s days at the club could well be numbered after slashing their odds on his departure over the past 24 hours, based on the poor result against Watford on Sunday.

Already the bookie is listing possible replacements for Emery, with the likes of former Arsenal midfielder and current assistant at Man City, Mikel Arteta installed as their favourite at 5/1 to succeed him. Incidentally Arteta was in the frame to replace Wenger in May 2018, before Emery was appointed.

Other names being ‘bandied’ about by Ladbrokes include current Juventus boss Max Allegri at 8/1 and Brendan Rodgers the current Leicester boss at 10/1. If anyone fancies a long shot, Wenger ever makes the list, at 50/1.