UK online and land gambling group Ladbrokes has been hit with an expensive GBP 70 million tax bill following a ruling by the UK Tax Tribunal that the company and its auditor Deloitte intentionally avoided taxation by exploiting a 2008 regulatory loophole concerning loans between companies and third parties, thus minimising the gambling group’s full-year tax due.
The tax strategy involved an arrangement between Ladbrokes subsidiaries Travel Document Services and Ladbrokes International where “…an artificially manufactured fall in the value of shares in one company would be used to create a loss in the other company for tax purposes,” it was alleged.
Her Majesty’s Revenue & Customs (HMRC) claimed that during the period in question there had been no actual losses at Ladbrokes group, and that the tactics deployed by the company and its auditor knowingly used a regulatory loophole to avoid paying taxes due.
The HMRC move against Ladbrokes was one of nine initiatives against UK companies in which other targets of the taxman had conceded their intentions and paid the taxes that had been avoided.
Ladbrokes made a similar acknowledgement, but argued in subsequent litigation that anti-avoidance rules were not transgressed, a position which HMRC contested, leading to the case being heard before the UK Tax Tribunal, and its ruling against Ladbrokes.
HMRC director general Jennie Granger had the last word following the Tribunal’s decision, criticising Ladbrokes and suggesting that the group would have been better served simply paying taxes that were due instead of embarking on a lengthy legal dispute with HMRC.
“Avoidance schemes like this just don’t work and HMRC will always take firm action against them,” she said “The bookie gambled and lost when the odds of success could not have been lower.”
Ladbrokes is reportedly licking its wounds and considering its options following the ruling.

More issues for GVC Holdings to deal with as it has been announced that the EU Commission are investigating Ladbrokes operations in Belgium. 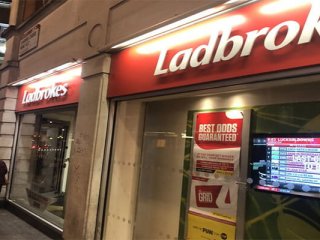