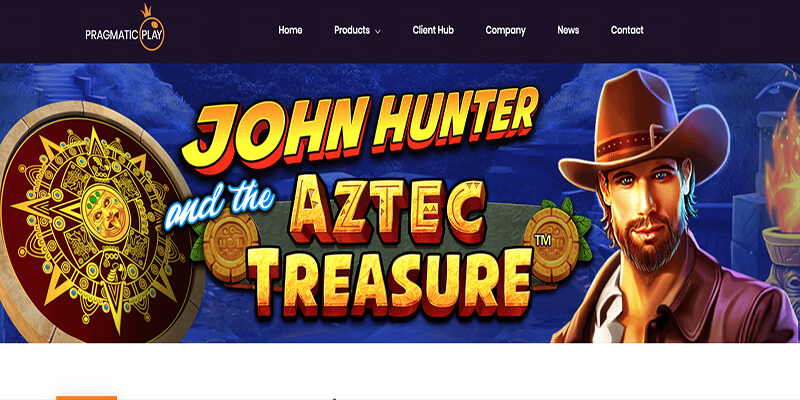 John Hunter and the Aztec Treasure released by Pragmatic Play

Gibraltar based Pragmatic Play who also have offices in Malta, UK and the Philippines and who are an award winning casino game content provider, have announced their latest slot game, John Hunter and the Aztec Treasure.

Set deep in the heart of the jungle, John Hunter battles against the deadly inhabitants protecting the ancient temple. If he finds three of more ancient Aztec amulets, the free spins mode is triggered, transporting the game’s  hero to a gold-drenched version of reality, deep in the heart of the former Aztec world, as the expanding reels lead to higher and higher wins through a random win multiplier.

Speaking about the release of their new title, Yossi Barzely, Chief Business Development Officer at Pragmatic Play, said: “We are delighted to release our newest John Hunter adventure, where everyone’s favourite hero battles through the jungle to gain untold riches.”

“John Hunter and the Aztec Treasure contains a thrilling bonus round, and with its huge win potential we look forward to players getting their hands on ancient trinkets.”