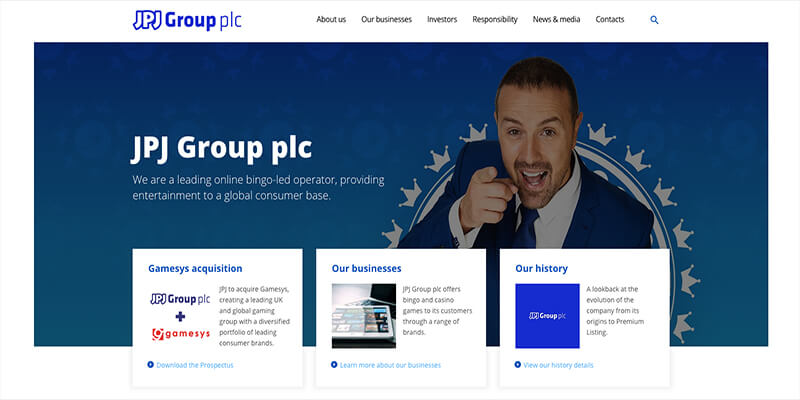 The Jackpot Joy Group who were the subject of last night’s BBC Panorama investigation into responsible gambling, have this morning released their half year results for 2019. The figures released by the group make for strong reading and show 14% year-on-year growth, with net revenue of £169.5m, up from £149m from the previous year.

One of the key performance indicators for the Jackpot Joy Group, showed the average active customers per month grew to 245,893 in the twelve months to 30 June 2019, an increase of 7% year-on-year.

The company also announced that the expected completion of the Gamesys acquisition is set to occur during quarter 3 of 2019.

Commenting on the half year results, released this morning to the London Stock Exchange, Neil Goulden, the group’s Executive Chairman, said: “I’m pleased to report that the Group has delivered another good quarter of revenue growth, alongside the expected impact of higher gaming taxes on EBITDA.”

“On 13 June 2019, we announced our intention to acquire Gamesys which represents a transformational step in the Group’s growth and one which will provide significant benefits for shareholders, employees and customers.”

“We expect the Gamesys acquisition to deliver double digit earnings accretion in the first full financial year of ownership and our employees will benefit from the combination of two companies with a strong commitment to responsible gaming, with a scale to further enhance our product development and technology capabilities.”

“Our customers will also now have an even greater choice of major brands and different games, creating a truly leading UK and international operator. We expect the Gamesys acquisition to complete during Q3 2019 and we will update the market further in due course.”

A telephone conference call for shareholders was set to take place at 1pm BST this afternoon, to go over the figures released.