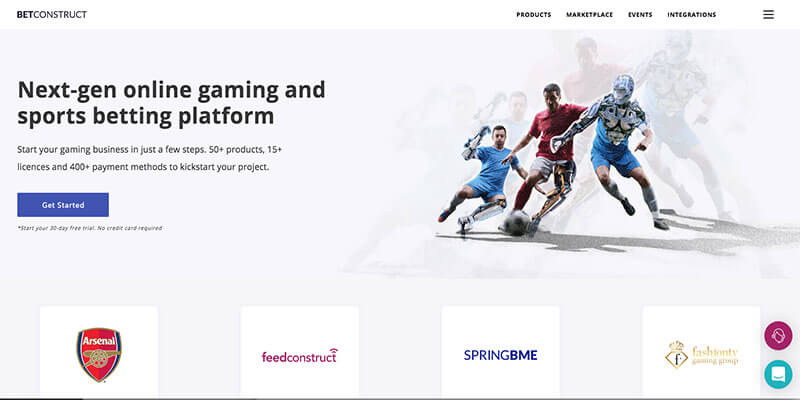 The Isle of Man have issued a software suppliers licence to BetConstruct, which will see the fifteen year old developer become one of the first recipients of such a licence. The licence granted to BetConstruct was in part due to SMP eGaming, who provide impartial, objective advice to iGaming regulators.

Upon securing the Software Suppliers licence, BetConstruct will have its gaming and betting solutions added to the Isle of Man GSC game register. As a result, its products will require no more additional testing and this capability and speed will facilitate greater cooperation with operators on a global scale.

This change will see the company expand by broadening its jurisdictional reach, working alongside leading payment platform FastShift to provide software and gaming solutions faster and better to various markets.

Edgar Mkrtchyan, Gaming Group Product Manager of BetConstruct, had this to say: “Being granted this licence once again proves BetConstruct’s commitment to delivering excellence in the provision of gambling products and services.  The unparalleled benefits of the Isle of Man Software Suppliers Licence will enhance our ability to deliver the full-service Spring Platform and complete suite of products in the shortest possible time.”

Jade Zorab, Head of Corporate Development at SMP Partners, added: “We are delighted to have supported BetConstruct through the Software Licensing process. It is a testament to the advantages of the Isle of Man software licence to have attracted an applicant of this calibre.”

Tony Ure, Head of eGaming at the Isle of Man’s Department for Enterprise, commented: “The Isle of Man has continued to have a proactive response to the industries demands, and the software licence has been very well received.  We welcome BetConstruct to the Isle of Man.”

BetConstruct have been in operation for some fifteen years and have offices in ten locations throughout the world. Providing a whole host of products for operators, the company founded by Vigen Badalyan, also have licences issued from authorities such as the UKGC and MGA. Furthermore BetConstruct are also currently the official gaming software partner of Arsenal Football Club.