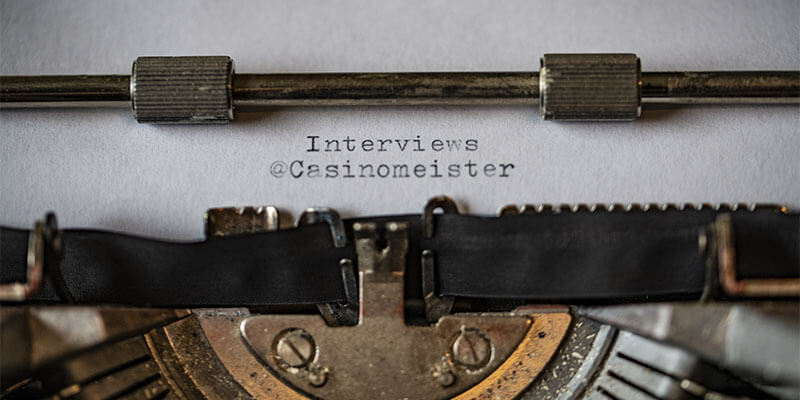 Today we’ve one of our resident members and funny-guy, goatwack.

dionysus: Afternoon goatwack and thank you for joining us. Let’s begin with something simple. How did you stumble across CM?

goatwack: Hey there, thanks for having me, though you took your time. 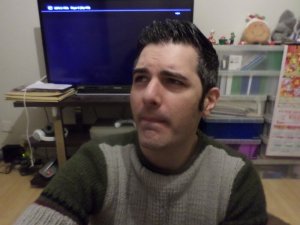 Having been introduced to the joys of online slotting by accident, I began to scour the internet for any site that’d have my signup details, on the hunt for bonuses. Yes I was ‘that guy’!

Bonuses were still plentiful back in 2012, I’d even sign up to the likes of Pamper and Rival Casinos. Then by chance I wanted to acquaint myself with some of the industry terms and read up on various players’ experiences in the field. And so I found ‘Casinomeister’, Google was my friend, reading little tidbits from some of the established forumites. In fact there was some right spikey characters that initially piqued my interest, like Nifty etc haha

I’m glad I did though, I haven’t looked back and actually learned a lot from here. I didn’t even know what 5OAKs meant at first though, it was like hieroglyphics to me. I probably still don’t.

dionysus: Well, I couldn’t just pull gold straight from the ground, there had to be some anticipation.

You’re in nearly as often as myself and you can be found in a great deal of threads, participating, sharing and adding levity.

You’re rather quick-witted with a handy clever retort. Are you much the same at home and out and about as here?

goatwack: There’s no magic, I’m just a smart-ass that wades into conversations uninvited, though I find great delight in how members express themselves in various ways. If there’s something that tickles me, I’ll contribute in my own way. I don’t look to be funny, just that there’s always something to dissect, and I’m a great believer in satire and of course the highest form of wit: sarcasm.

I try to keep things upbeat when possible but aim not to rip on people that have had tragic experiences, have been scammed by a casino, have deep gambling issues etc. I think there has to be a line and I think I toe it alright for the most part. I try to be mindful of what Bryan’s built here and don’t want to upset his house as it were….except for Brexit or Trump maybe.

At home, my partner puts me in my place soon enough. We swear at each other like sailors but it’s generally in good fun, and some of the vocals there wouldn’t be publishable here. I’d have been banned on day 1 of my membership. Yes people, I restrain myself for CM, you’re welcome haha

And to think I was a God-fearing child once upon a time!

dio: I often refer to myself as the love-child of a sailor and trucker so I can relate to turning the air blue.
You mentioned home. Tell us a bit of what it’s like in your neck of the woods along with where you’re from and been with where you currently are.

goatwack: Well, to those familiar with Nottingham and its many associated fables, I don’t live there, but in Mottingham, a small crap enclave in the hot-spot mean streets of South-East London. It’s famous for not being noteworthy in any sense, though technically people may be more familiar with Eltham, which is a stone’s throw away.

It’s…..where Steven Lawrence was killed in 1993, in fact I pass that bus stop quite frequently, and further down the road we have Woolwich, where Lee Rigby was murdered in 2012! So as you can see, it’s quite violent around here. Though for the most part it’s not so bad, in fact I believe Kate Bush lived in ‘my’ road a few years back. It’s a heady mixture of run-down flats and and this crazy stretch of opulence and wealth – a strange juxtaposition to behold.

I was born in Berlin and set sail for London when I was eight (& a half), the result of my Iranian father and German mother. We started out in Ealing Broadway, though I was never forced onstage at any point, you have to credit my parents for that, then took in the sights all across South-East London soon enough. Kidbrooke (hell-hole), Blackheath, Greenwich, Woolwich, Charlton, Lewisham & Eltham. I’m like a walking lexicon of all things deprived-London-related, though Blackheath was majestic to be fair.

Yet it’s my estranged relatives where it’s at. Last I checked they were in Florida, L.A, Germany, Iran & Japan respectively. Cosmopolitan disjointedness runs deep in my family. 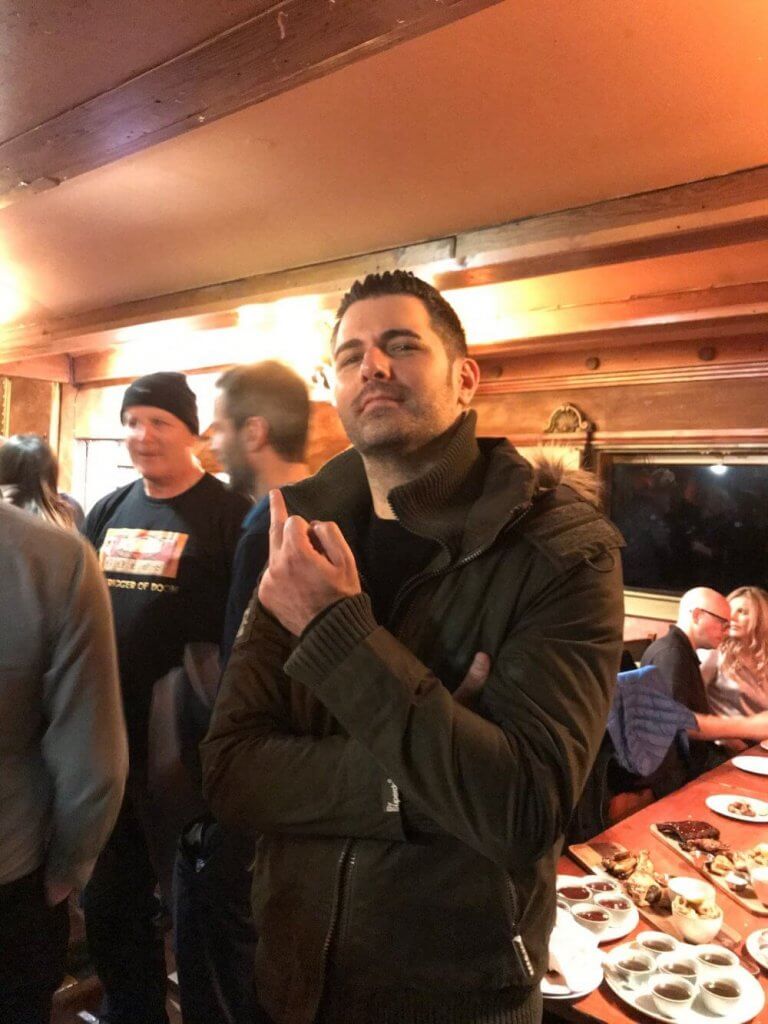 Dio: I think quite a few people are keen to peek behind the curtain, be that literally or figuratively.
Walk us through a typical day in the life of goatwack, or the goatwack household.

goatwack: Well, first and foremost I’ll chant to myself to aid my waking up in the mornings, whereby I’ll merrily head to my place of work. Of course having washed and eaten first. Yes, hard to believe, but I work, albeit Localization work at a video games company that’s world-famous. I won’t mention their name, but it’s Square Enix.

In between bouts of playing broken code and gobbing off to my bosses, I fill the gaps waiting for said new codes by harassing CM and drinking obscene amounts of crap coffee, airing long-held views whilst unnaturally wired.

Then comes the London commute home with its associated joys, to then unwind and play with the multitude of gadgets strewn across the house, or to have my partner reel off a list of what I need to do, which 9/10 can be remedied with a swift monetary gift.

But I do what many others would do, namely I like a good gamble, watch films, series, hell even God-awful soaps on occasion. I disturb friends with my presence time permitting, or even have them over, to do the exact same things we’d do at their crib. I’ll also try to keep apprised on movements in the games industry and a fair bit of research, to go with more gaming! So believe it or not, though I may be ever-present on CM, I tend to have the site on a background tab for the most part. Hence you’ll see a sudden surge of irrelevance from me with my multi-posts haha

My partner, my 20-year ball and chain, works slightly longer hours than me, so upon her arrival I tend to recoil as she rules the roost. Best not to rock the boat.

But in summary I like to think I edge living to work, not working to live. Life’s ok and I try to keep that work/ life balance the best I can. It was only yesterday I was 30….and boy did I stress myself out like everyone else in the rat race. I tend to go with the flow these days, I’m generally pretty relaxed about most things. I’ve been told I’m so laid-back I’m horizontal, which coming from my boss, was bittersweet.

Life’s too short to get vexed, so they say!

dio: You’re rather well liked here in the forum and I think it’s fair to say you add a lot to this community, whether it’s a quick drive-by shooting-from-the-hip, keeping the ball rolling in threads or general, active participation.
What does the CM community mean to you, specifically?

goatwack: I’d been meaning to ask about that, whether we could work out a contractual form of tribute, just PM me on that later.

No but seriously, I’d settle for 5% of the site’s takings.

What to say about the CM community. Let’s just say I like to think of it as the most unique place I’ve encountered on the web, both in knowledgeability and source of top-notch interaction, and as a family of sorts.

Whether that’s down to my family being absent throughout my life is open to debate. But a family it is nonetheless!

And that’s the thing about ‘families’ in general – you don’t like half of ’em yet still appreciate and love their flaws so to speak. Of course there are many members here that I can hand on heart say have enriched my life, whether that be in open or private, and the varied personalities definitely shine through. Even Playford.

That’s not to say other gambling sites don’t have intelligible people and characters, but as a ‘whole’ I find CM has a good core, despite the ever-changing lineups.

What’s interesting is how just one or two members can change the dynamic of the entire site in a couple of months, and how people you may have thought you liked have ended up disappointing you, and vice-versa. Then back again, such is the way of human nature. At the same time it’s fair to say most won’t actually know that much about others on here, despite the daily interactions, so it’s easy to judge characters on a whim or through misunderstandings, I think I’ve been guilty of that on a few occasions!

Yet above all that, CM becomes a port of call pretty much all the time, even when just on in the background. Because given just a little time and patience, a hopeless spammer shill tosspot will always slip through the net, and so begins hunting season!

dio: I think we are all a little more enriched for having you as part of the CM family. And I sincerely appreciate you taking the time allowing members to learn a little more about the man behind the moniker.

CM’s resident card has been a member since 2012 and is a Ueber Meister Member. Narrowing down a thread to follow would be a bit difficult as he’s one of our most active and prolific members but you can almost nearly find him inserting his own special brand of humour and goodwill wherever you happen to look.

About the Author... Total Posts Written: 7