Blueprint Gaming has a packed schedule planned for ICE where it will showcase its catalogue of licensed slots including the upcoming release of Hollywood blockbuster-inspired ‘Fancy Dogs and Glamour Buns’.

“We’ve enjoyed great success with our branded slots in recent times, with operators appreciating the impact they have in driving interest and attracting new customers. We’re sure the latest addition, which will be revealed exclusively at ICE, will get the party started.”

Evolution Gaming is prepping the launch of ten new games at the pre-eminent upcoming industry exhibition in London.

“This really is the start of a new era where entertainment is at the core of the new games we are making. Netflix, YouTube and video games are the alternative to online gaming, so games need to be both great gaming experiences and entertaining.”

“We have never introduced so many games at one time,” Todd Haushalter, chief product officer for Evolution. “Following our successes with Lightning Roulette, we naturally feel pressure to deliver more truly unique games that not only engage today’s players but also provide new levels of entertainment and immersion.

“There is a real buzz around the company because we are confident we have met that challenge with this stellar line-up of new games. We are so very proud to be working with such a landmark famous name as Deal or No Deal, as well as showcasing incredible specialty games — all developed in-house by our immensely strong and talented team.”

To lead with eco-friendly initiatives at ICE 2019

Microgaming is furthering its investment in sustainability by extending its PlayItForward CSR programme to include environmental initiatives at ICE.

The software supplier has committed to reducing waste across its historically impressive ICE stand at ExCeL London next week by providing extensive recycling facilities, minimising the use of plastic at its bar, and reusing and recycling stand materials following the show.

The initiatives build on existing work carried out at the company’s Isle of Man headquarters which was designed with staff in mind and to be as eco-friendly as possible. The offices opened in July 2017 as one of the island’s first offices to have achieved an ‘Excellent’ sustainability rating from BREEAM, the world’s foremost environmental assessment method and rating system for buildings.

Microgaming will continue to reuse more than 75 percent of its ICE stand structure at future events, and has pledged to recycle its stand graphics and responsibly dispose of other materials at the end of the three-day event.

The Microgaming Bar will also serve recyclable glass bottles, along with plastic-free coffee cups and wine goblets that biodegrade within 12 weeks under commercial compost conditions. All coffee grounds and food waste will be composted where possible, and staff meals will be served in environmentally friendly packaging throughout the event.

Microgaming’s eco-conscious plans for ICE were inspired by a number of activities and initiatives under Microgaming PlayItForward, including the company’s employee-led Eco Warriors programme, which aims to guide the business and its local community on the Isle of Man to a greener future. Under the programme, employees now have access to more locally sourced produce and the organisation has seen a major reduction in single-use plastic waste across its headquarters.

“Microgaming PlayItForward encompasses all aspects of our company’s extensive CSR programme, focusing on health, sport, education, charity and community both at home and abroad.

“Environmental sustainability has long been a focal point for PlayItForward, which is driven by the values and aspirations of our people at Microgaming, including of course our Eco Warriors, who are always implementing new ways to make our world greener.

“Knowing how much trade show events can contribute to increased waste, we saw a need to take an active and leading role in driving positive change in this area. We hope that extending our green initiatives to ICE will inspire others to follow suit.”

Microgaming wowed delegates on the first day of ICE London 2019 with the unveiling of its Village People® Macho Moves title from Fortune Factory Studios and Agent Jane Blonde Returns slot from Stormcraft Studios which were accompanied by 70’s disco vibes and a special “Happy Hour” live DJ performance.

Day two will see fearless heroines spring into action in the chrono-hopping, cyber-punk adventure Shogun of Time by Just For The Win, and the new, hotly-anticipated Lara Croft® Temples and Tombs game developed by Triple Edge Studios, which will again be supported by dazzling and creative entertainment that the Microgaming stand is know for.

‘Shogun of Time’ is scheduled for release on Wednesday 13 February. This feature-packed four-reel slot with 81 paylines offers players a chance to explore the realms of Japan, past and future, through dazzling lights and a time-travelling portal, living a double life as a striking samurai.

‘Lara Croft® Temples and Tombs’ follows the fearless adventurer on an all-new quest to unearth ancient treasures. Fortune favours the daring in this 243 ways to win game, with its treasure-trove of thrilling features.

Microgaming invites all attendees to celebrate the legendary heroine with a special “Happy Hour” live DJ performance kicking off at 16:30.

Another Two Days Of Exciting Developments From Microgaming

Microgaming unveiled its space-themed slot ‘Banana Odyssey’ on Day 3 of ICE 2019, rounding off a striking line-up.

Banana Odyssey was developed exclusively for Microgaming by Slingshot Studios and will launch to Twin players for a two month-period before a wider roll out later in the year.

Banana Odyssey was the winning game from Microgaming’s Games Concept Day, which invited multiple operators to pitch their game ideas to the software supplier in sessions that took place in Malta and Gibraltar.

Following two astro-chimps on an exhilarating space-race towards the Banana Planet’s fabled riches, the 5×3 reel slot is packed with features, including expanding wilds, respins and free spins.

The day continued with a special “Happy Hour” to celebrate the supplier’s 15th anniversary with Square Enix for the Lara Croft® brand – the longest-running brand partnership in the industry, and the reveal of its latest title, Lara Croft® Temples and Tombs, Microgaming’s third branded slot escapade featuring the fearless adventurer. 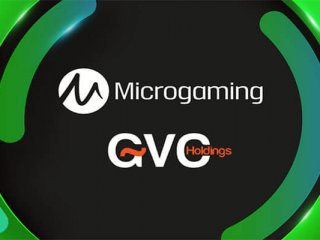 Battle of the Stands – Microgaming prepare for ICE London 2020

Microgaming are all set for the ICE London 2020 show to be held at Excel London and once again plan to outdo all rivals when it comes to their setup. 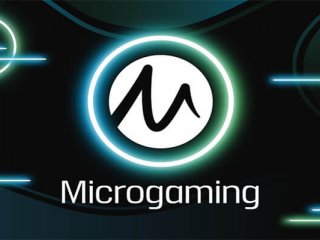 UK Gambling Industry in the News — Weekly Round-up for March 1, 2019

Government needs to step in

For the second time