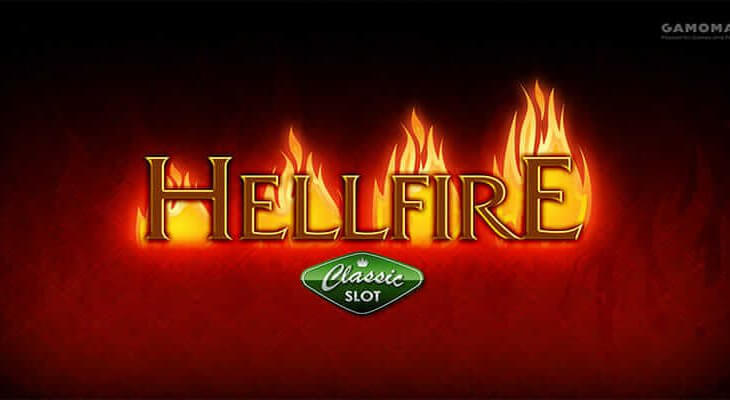 Berlin based casino studio GAMOMAT have today announced the release of their latest video slot, with their Hellfire slot game going live with all ORYX Gaming operators via their  ORYX HUB and for social gaming via Whow.

Forming part of GAMOMAT’s classic series, Hellfire incorporates a 5 reel by 3 row layout and offers players a total of 10 pay-lines in play, with the slot being regarded as a medium variance video slot game.

GAMOMAT in their press release material sent out this morning announcing the release of Hellfire, exclaim that the slot features the latest technology and rich fruit graphics which in turn provides a fantastic gaming experience.

One neat feature that Hellfire does employ are the expanding wild symbols, as when they are hit they spark into life, burning from right to left, lighting everything in its path into hot wilds. Thus in turn creating the potential for some sizeable wins.

With a reported RTP of 96.11%, the release of Hellfire Slot is one of many slated for the month of November 2020, with no doubt many casino game developers looking at the ever nearing Christmas festive season, which has the potential of a number of suitably themed slots being released.