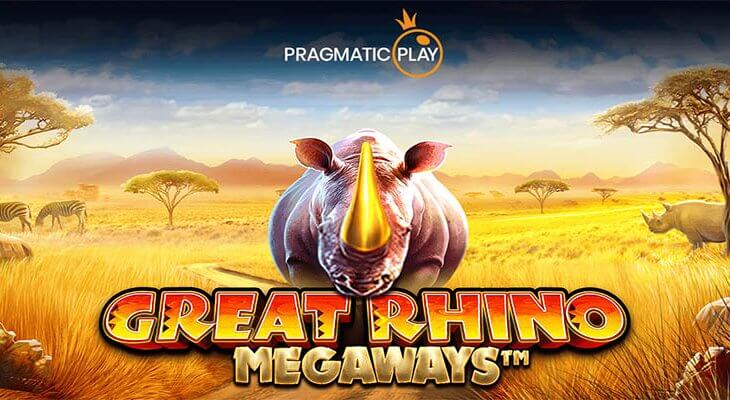 Pragmatic Play have this morning announced the release of the sequel to their Great Rhino™ slot machine, with the launch of Great Rhino Megaways™, thanks to their collaboration with Big Time Gaming.

With the two casino software developers entering a partnership to give Great Rhino the Megaways treatment, in what is sure to be a hit with players and fans of the original slot game. Great Rhino which was released back in 2018 is one of Pragmatic Play’s most popular slot games and the developers hope that its sequel will be just as popular, if not more so.

Speaking about the release of Great Rhino Megaways, the Chief Commercial Officer at Pragmatic Play, Melissa Summerfield, said: “Great Rhino™ is one of our most appreciated video slots, so revamping it with Megaways™ is a step towards gaining more ground in the current video slot market.”

“Rethinking one of our top-performing games will push it forward to a wider audience. We’re eager to see how the video slot evolves after launching the sequel.”

Whilst speaking on behalf of Big Time Gaming on their link up with Pragmatic Play to produce Great Rhino Megaways, Chief Executive Officer, Nik Robinson, commented: “We are really excited for the launch of Great Rhino Megaways™. It brings attitude and excitement and we love how the mechanic has been used to create a standout slot. I’m very confident this will be a huge success and players are going to love it.”