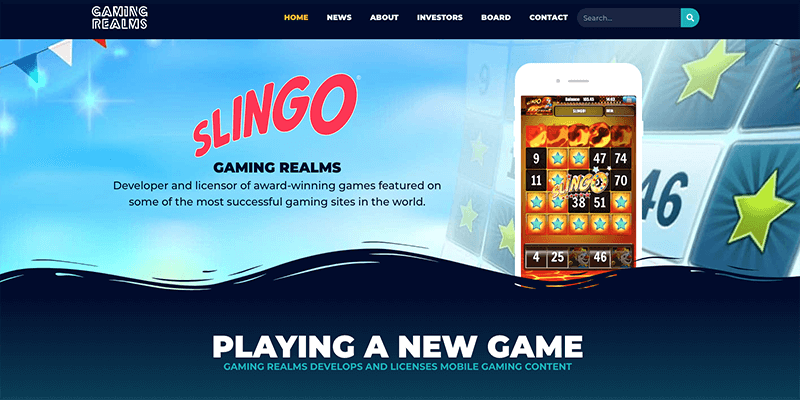 Gaming Realms plc who are behind Slingo and are a developer  and licensor of mobile focused, real money games have today announced their trading update to the year ending 31st December 2019 and alongside it have announced that current Chief Executive Officer, Patrick Southon, is to step down from his role with immediate effect.

Speaking about his decision to step down, Patrick Southon, said: “During my six years as CEO, the main focus of the Company was on B2C real money gaming. However, with the last of those assets disposed of in July 2019, and the Company now stable and successfully implementing its new B2B focused game development and licensing strategy, I feel now is the right time for me to pursue a new challenge.”

“It has been an honour to work alongside everyone at Gaming Realms and I wish them and the Company every success in the future.”

With Michael Buckley commenting: “Patrick has made a valuable contribution to the Company over the last six years as CEO, most recently helping to successfully evolve the Company’s resources and strategy to better suit the changed regulatory landscape we operate within. On behalf of the Board, I wish him every success in the future.”

“FY19 was a transformational year for Gaming Realms, and I am delighted with our overall performance. We are now a simplified business with a clear and attainable strategy underpinned by a skilled and talented management team.”

“The combination of our strong games portfolio, our existing distribution agreements with global partners, and our strong pipeline of new partnerships, means we are cautiously optimistic about the significant opportunities ahead of us as we focus on the growth of the Company.”