Fruit Storm Promises to Whip up a Storm! 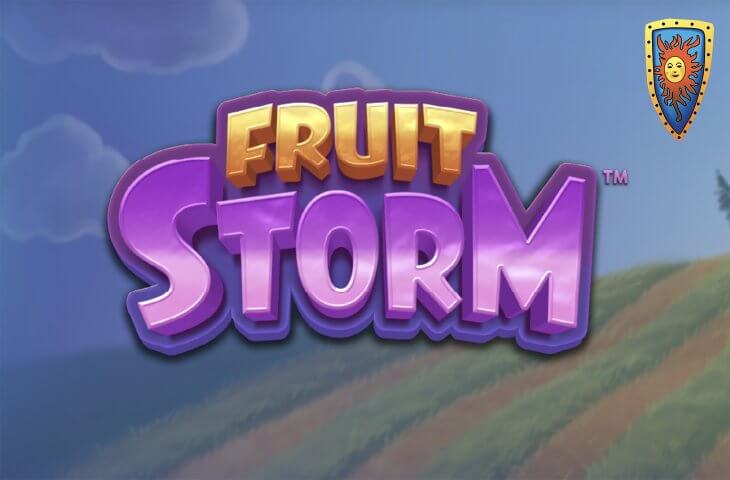 Hot on the heels of their last slot game release Atlantis Gold, the casino game provider Stakelogic have today announced the release of Fruit Storm, which offers Free Spins, Wilds and Multipliers gusting across the reels.

In Fruit Storm, the powerful winds shake up the farm, but they also bring unique combinations that deliver amazing wins in this 8×8 cluster game. A symbol becomes part of a cluster if it lands vertically or horizontally adjacent to an identical symbol.

The tornado symbol acts as the Scatter and players really will want to whip up a storm as the number of Scatters that blow over the reels changes the bonus feature that is awarded. When a tornado symbol is in view, Wild symbols are added in random positions and leaving one in its respective position. Three tornados activate ten Free Spins.

With each Free Spin, two to three Wilds can land in random positions. If a Wild forms part of a win combination, it starts to move across the reels and into another position before the next cascade happens. Multiplier symbols can also breeze into action while the feature is active.

If they do, the Multiplier value on the symbol multiplies the total win. If more than one Multiplier symbol lands, their values are added together.

Players will also want to keep an eye on the clouds. The Cloud Feature can trigger at random on any losing spin and sees the symbols jumble and rearrange themselves in a winning combination.

Fruit Storm also gives players the option to buy the bonus – the Free Spins – in the markets where this feature is permitted.

Olga Bajela, CCO at Stakelogic, said: “Players will want to batten down the hatches and ride out the storm because if they do, they are in for some potentially big wins.”

“This game has been designed to deliver thrilling gameplay with every spin, and this is taken to the next level with the cluster mechanic that builds anticipation. When combined with the slot’s various bonus features, Fruit Storm forecasts plenty of action and fun.”