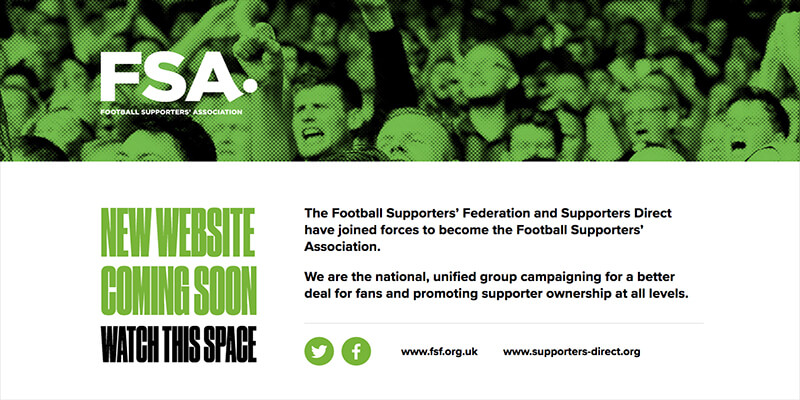 The Football Supporters Association and leading responsible gambling charity, Gamble Aware, have teamed up to promote safer gambling in football.

A new survey carried out by the Football Supporters’ Association (FSA) in conjunction with GambleAware’s safer gambling ‘Bet Regret’ campaign has found that football clubs have to do much more to educate their fans about the risks of gambling.

With commercial partnerships between clubs and bookmakers increasingly common, supporters were asked if they felt their club was doing enough to warn of the risks of gambling – and only 10% of fans felt that they were. Additionally, only 13% of respondents agree that they are (or would be) happy for their club to be sponsored by a gambling company.

Supporters were also particularly critical of betting companies sponsoring individual players, such as 32Red’s sponsorship of Wayne Rooney wearing the number 32 shirt at Derby County – 84% of respondents felt that this goes too far and they should think twice about such partnerships.

Fans were asked a range of questions about the role of gambling at the match and many were concerned that young supporters are being unnecessarily exposed to gambling messages.

Kevin Miles, chief executive for The Football Supporters’ Association, said: “Football clubs are not like any other business – they are an integral part of many match-going supporters’ lives and have a duty of care.”

“It’s clear fans want their clubs to do more on educating their supporters about the risks of gambling and alongside GambleAware we’ll be pushing clubs, particularly those with prominent gambling sponsors, to do better.”

The survey is the first piece of joint work undertaken by GambleAware and the FSA, forming the latest part of the ‘Bet Regret’ campaign, a high-profile campaign educating the public about the potential impact of impulsive gambling. ‘Bet Regret’ is the sinking feeling gamblers often get when they make an impulsive bet they know they shouldn’t have.

Marc Etches, Chief Executive Officer for GambleAware, said: “The results of the survey highlight fans’ concerns that football clubs and gambling companies could do more to encourage safe betting and make people, especially young people, aware of the risks.”

“Our new partnership with the Football Supporters’ Association is based on a shared agenda to help create a safe betting environment in football. It means the voice of the fans will be heard and allows us to engage directly with them in communities to encourage moderate betting behaviour.”